Honduran journalist Leonardo Gabriel Hernández died on Sunday after being shot several times by an unidentified person while on his way home, according to the Committee for Free Expression (C-Libre). 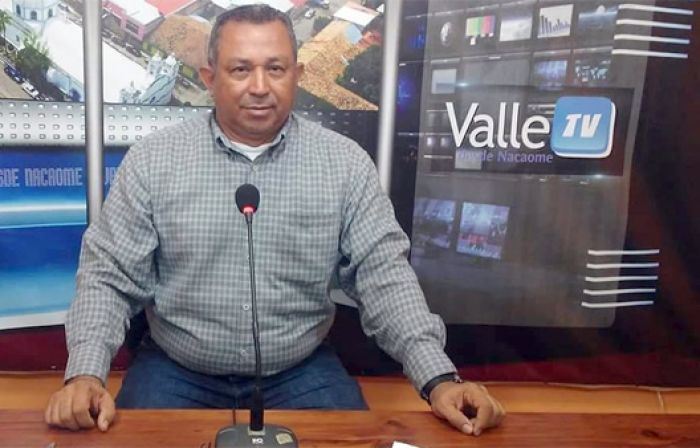 Honduran journalist Leonardo Gabriel Hernández was shot by an unidentified assailant as he walked home on SundayHernández was the director of a TV program called "El pueblo habla" (The People Speak) broadcast in southern Honduras where there is a strong opposition to the regime of current President Juan Orlando Hernández.

He was critical of municipal authorities in the department of Valle where he lived. Honduras is divided into 18 departments, each with authorities who act as intermediaries to the National Congress. According to Defensoresenlinea.com, Valle is exploited by entrepreneurs for its resources including rivers, beaches, fish, precious metals, even photovoltaic and wind energy.

Hernández also collaborated with the Alliance of Opposition Against the Dictatorship (of Juan Orlando Hernández), and “was always on the side of social struggles with his media, television and social networks,” the site claims.

According to the article, the assassin was riding a bicycle when he fired the shots at the journalist.

C-Libre, a coalition of journalists and citizens demanded an immediate investigation into his murder by the Special Prosecutor's Office for the Protection of Human Rights Defenders, Journalists, Social Communicators and Justice Operators.

The Committee to Protect Journalists cites a C-Libre representative who says that Hernandez had previously been threatened for his work and had in 2018 requested assistance from a national protection mechanism intended for journalists, but was denied.

C-Libre claims that Honduras has “not complied with the obligation to prevent violence against the press in the southern zone” even though authorities are aware that journalists in Valle and Choluteca are facing threats, including murder, criminalization, persecution and smear campaigns.

“The murder of journalists constitutes the most extreme form of censorship,” says C-Libre, adding that it not only infringes on the rights to freedom of thought and expression of the affected person but on the collective rights of everybody.

C-Libre says that at least 70 journalists, social communicators and media employees have been murdered since 2003 and that the impunity rate for those crimes is 90 percent.