A Texas State Representative and a mayoral candidate for the city of Dallas said in a statement Monday he will file a sweeping anti-corruption bill in the wake of the latest Dallas bribery scandal involving a city official and a real estate developer. 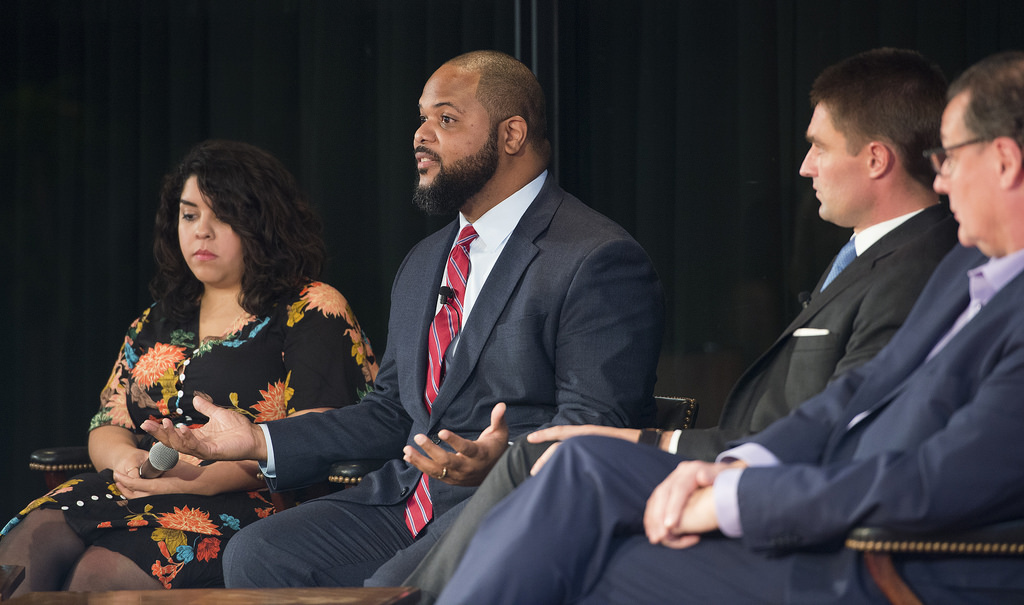 Rep. Eric Johnson, center, at a panel held by the LBJ Future Forum on November 15th, 2018 to discuss the 2018 midterm election results. (Photo: Flickr, LBJ Library)Rep. Eric Johnson,  who serves on the House Urban Affairs Committee, was elected as a Democrat to the Texas House of Representatives in an April 2010 special election and represents District 100, which includes parts of Dallas, the ninth-largest city in the country.

Just last Saturday, a former Dallas City Councilwoman pleaded guilty to receiving bribes from a real estate developer in exchange for backing an affordable housing project. The woman, Carolyn Davis, stands accused of accepting tens of thousands of dollars from a developer between November 2013 and June 2015, and will face a sentence of up to five years in prison and a maximum fine of US$250,000 if convicted.

“Too many elected officials have abused their role in this process and abandoned their commitment to their constituents,” Johnson said in the statement. “These stories have become far too familiar, and I'm tired of reacting to the crimes. We need to prevent the crimes.”

Rep. Johnson plans to file the bill by Friday, the last day for filing bills in this year’s legislative session.

The city of Dallas has seen a number of corruption scandals over the past few decades. Numerous politicians, including city council members and state representatives, have resigned from office and been convicted of, among other things, bribery, tax evasion and conspiracy.

Johnson’s predecessor in the House district, Terri Hodge, went to prison in 2010 for tax evasion related to bribes she received from a real estate development company for supporting an affordable housing development.

But Eric Johnson, who announced his candidacy for mayor of Dallas in January, hopes to turn the tide in the right direction for the state.

“Fighting corruption is not a partisan issue, it is about what is right for Texas,” he tweeted Monday.