Israel’s Netanyahu To be Indicted for Corruption

Israeli authorities announced on Thursday they will indict Israeli Prime Minister Benjamin Netanyahu on bribery, fraud and breach of trust charges but Netanyahu labeled the move an opposition scheme intended to force him out of the running in the upcoming election. 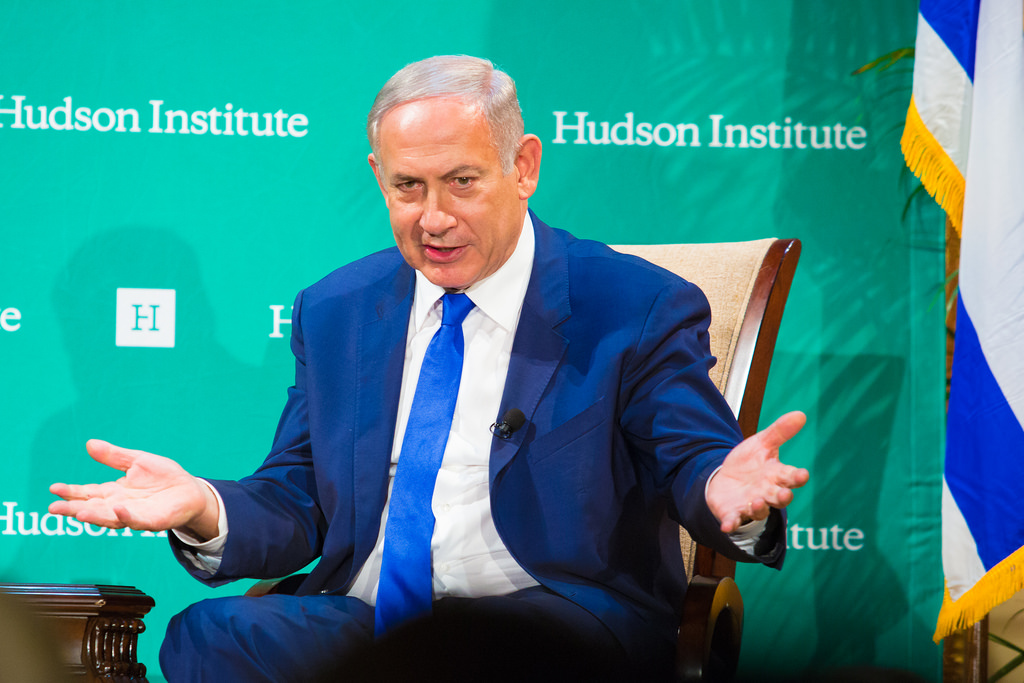 Prime Minister Netanyahu faces indictment on bribery and breach of trust charges (Photo: Hudson Institute)“Citizens of Israel, this entire tower of this cards will collapse,” Netanyahu tweeted, referring to the charges. He accompanied it with footage from his televised response on Israeli TV after the Attorney General announced the forthcoming indictment.

With the Israeli elections scheduled for April 9, leaving 39 days until voters take to the ballots, charges are not likely to be laid until after the election as there will need to be a hearing first.

Netanyahu denied the allegations, at a press conference, calling the affair a witch-hunt by an opposition which “understands that they will not beat me at the ballot box.”

Attorney General Avichai Mandelblit has been pressured into issuing the indictment despite no evidence, he said, repeating that he was “4,000%" sure the indictment would fail – presumably referring to one of the accusations against him, dubbed ‘Case 4000.’

The announcement of the indictment came after two years of investigations into the three separate corruption allegations. Case 1000, concerns alleged unreported gifts worth a total of 1 million shekels (US$275,690), including cigars, champagne, and jewelry. According to CNN, police and investigators say Netanyahu tried to thank his donors with tax breaks. This is to be charged as a breach of trust.

Case 2000 concerns alleged negotiations between Netanyahu and the owner of one of Israel's largest newspapers, Arnon Mozes. Investigators found that Netanyahu offered to limit the circulation of the paper’s largest rival (owned by a donor to Netanyahu’s party) in exchange for more favorable coverage. This will constitute the bribery charge.

In Case 4000, the charges include both bribery and breach of trust. Investigators claim Netanyahu assisted Bezeq Telecom Israel, the country’s leading telecommunications company, in a merger attempt in exchange for more favorable news coverage on the company’s news website Walla. Bezeq’s primary shareholder is his friend.

Leader of opposition party Blue and White, Benny Gantz, responded to Netanyahu's allegations, saying he should step down and conduct his legal battle as a private citizen, according to The Times of Israel. Days prior to the Attorney General’s announcement, the Washington Post reported that Gantz was surging in the polls though Netanyahu remained in the lead.

Netanyahu expressed gratitude for the support of US President Donald Trump, who said “I don’t know about his difficulties” but that Netanyahu had “done a great job as PM: he’s tough, he’s smart, he’s strong.” Trump added that Israel’s military buys a lot of equipment from the USA.

Al Jazeera reports that he does not intend to step down even if indicted.