Australian Whistleblower Could get 161 Years in Prison

Former Australian Taxation Office (ATO) employee turned whistleblower, Richard Boyle, has been charged with 66 offenses and could face up to 161 years in prison for exposing unethical practices in one of the country’s most powerful government agencies. 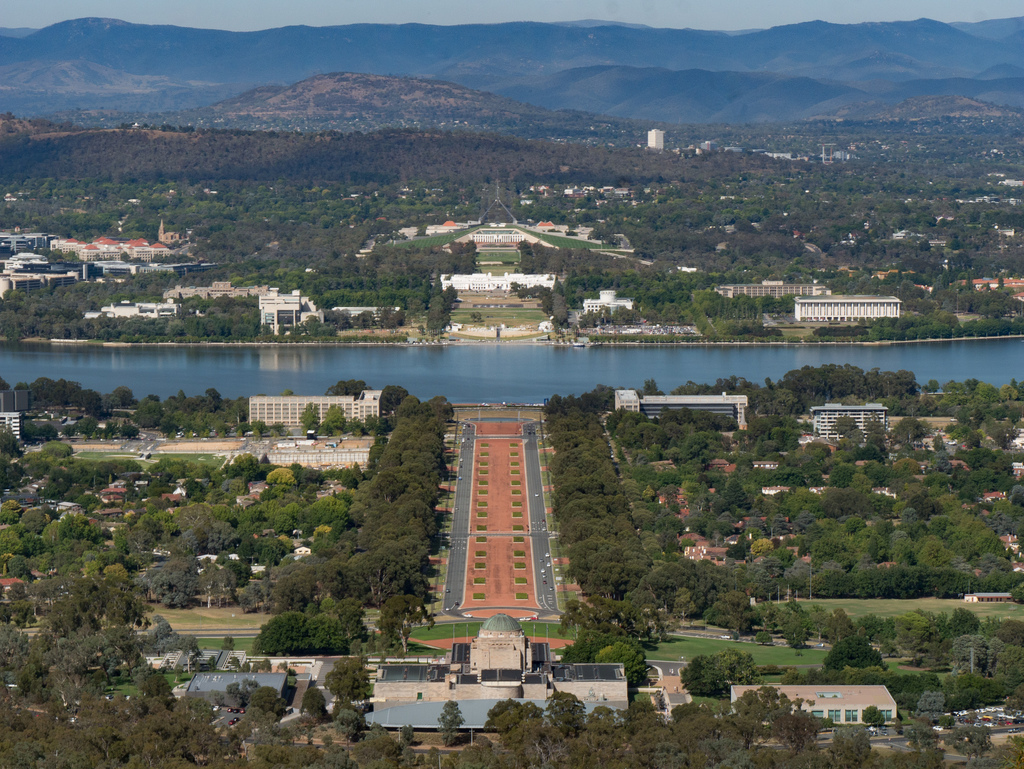 Capital District of Canberra, seat of Australian Parliament and ATO headquarters (Photo: Jay Galvin, CC BY 2.0)Boyle will be denied whistleblower protections, as in Australia they do not yet apply to government employees.

The charges come from the ATO head, Commissioner Chris Jordan, according to summons and information sheets obtained by the Sydney Morning Herald (SMH), and include: phone tapping, recording of conversations without consent, and making a record of protected information.

Boyle told OCCRP he could not speak to media as his case is now before the courts.

Boyle provided evidence to a 2018 media investigation into the ATO’s debt collection tactics, including the issuance of “garnishee notices” which enables the ATO to legitimately seize funds from small business and individual taxpayer accounts when they are thought to owe the ATO money. Boyle claimed this practice was exploited to meet revenue targets.

His evidence informed ABC's Four Corners program, which alleged performance-driven debt action and that the ATO was targeting small businesses and individuals rather than the big end of town. Chasing the “low hanging fruit” – as one small business lobbyist put it – was preferable, as such targets would not be able to afford legal presentation to challenge the ATO.

Boyle’s home was raided by the Australian Federal Police and the ATO refuses FOI requests for its application for a search warrant.

The charges come in the wake of a comprehensive parliamentary committee inquiry, released last week, which made recommendations intended to “adjust the imbalance of power perceived by taxpayers in their engagement with the ATO.”

Some of the many recommendations include the creation of an appeals group headed by an independent commissioner outside the agency, a restructuring of the agency to transfer debt recovery functions into the ATO's compliance operations.

The Australian Financial Review, in 2018, reported that the head of the ATO watchdog, Inspector General of Taxation (IGT) Ali Noroozi, claimed ATO Commissioner Chris Jordan had too much power in his hands.

Noroozi proposed the idea of a compensation scheme for tax matters, where decisions on compensation are made independently of the ATO, as well as the set up of an independent oversight board. These have been included in the parliamentary committee recommendations.

The IGT is currently investigating the ATO’s garnishee notice issuing practices on the evidence provided by Boyle.

Simply disclosing Commonwealth information without authorization is a federal crime, with a two year sentence. However, both major political parties have confirmed they will approve legislation intended to protect public sector whistleblowers.

SMH cites academic A.J. Brown as saying that because Boyle submitted a 12,000 word disclosure to the ATO prior to giving evidence to the media which was ultimately rejected by the ATO, this could give Boyle protection under the Public Interest Disclosure Act.

Professor Brown described the ATO's decision as a normal knee-jerk reaction from any organisation seeking to discipline its employees to maintain confidentiality. Meaning, it is a way of sending a message.

Respected Australian journalist, Robert Gottliebson has spent the last three years investigating the ATO’s practices which target small businesses, low-income earners and recipients of government research grants, and he claims that Boyle’s case has shown just how “aggressive” the ATO had become.

He says that if Boyle loses “there will be no public accountability because the cost of being a public hero is too great.”

Before he spoke to media the ATO offered a settlement which Boyle declined, choosing instead to expose what he knew. His hearing will be held on Friday.