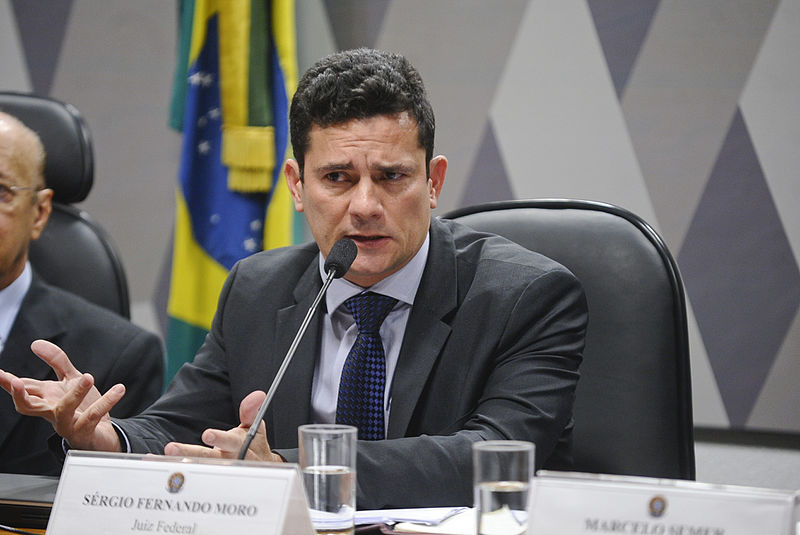 Bolsonaro, a far-right former paratrooper, was elected in 2018 on a campaign promise of putting an end to Brazil’s decades-long era of widespread corruption and violent crime.

Once taking office, however, he immediately “cleaned house,” purging the government of hundreds of left-wing officials who did not share his conservative ideology.

Earlier this month, a Brazilian judge reopened a probe into suspicious payments involving Bolsonaro’s son, Flavio, during his tenure as a Rio de Janeiro legislator.

The new Anti-Crime Bill proposes changes in 14 laws with the aim of making the State more efficient in tackling organized and violent crime by creating new investigative tools and altering procedural legislation.

“We tried to identify points in the legislation that prevent a more effective fight against these crimes,” Minister Moro explained.

Key to tackling Brazil’s crime problems, Moro said, is to understand that many issues are interrelated.

“The project does not solve all the problems, but it is an important to move in the right direction,” he continued.

Among the changes are raising of penalties for firearm-related crimes, improving the confiscation of the proceeds of a crime, hardening sentences for more serious crimes such as robbery, corruption and embezzlement, and many more.

The legislation will increase the prison term of convicted persons in federal maximum security prisons to three years, with the possibility of extension, in the hopes a longer sentence will sever a convict’s ties to their criminal organization. The bill also opens an opportunity to build new maximum security facilities or adapt existing ones to the new, more stringent framework.

Brazil has one of the highest murder rates in the world. In 2017, a record-breaking 63,880 people were murdered across the country, according to the independent research organization Brazilian Public Security Forum, a 3 percent increase over the previous year.