A Maldives court ordered the detention of former President Yameen Abdul Gayoom on Monday for the duration of his money laundering trial, following reports he is attempting to bribe witnesses. 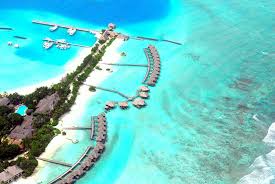 The former president's trial is expected to begin this week (Photo: Flickr)Yameen was charged earlier this month for his involvement in a corrupt deal to lease tropical islands to developers. He is accused of receiving US$1 million of government money into a private account. The scam stripped the the country of more than $80 million in one of the Maldives’ biggest corruption scandals.

The prosecutor said documents reveal Yameen offered money to witnesses in exchange for them changing their statements,  local media reported.

Yameen denied the accusations, telling the court he does not know the names of those testifying against him.

Investigations into money laundering among Maldives officials arose following an Al Jazeera documentary in 2016. Undercover footage revealed drivers explaining how they delivered cash in bags to the president, the first lady, senior judges and numerous other politicians.

"For the president, it's difficult to carry," laughed one former driver.

The country’s Anti-Corruption Commission later found that $1 million was transferred to a bank account in the president’s name.

Last year OCCRP used a trove of leaked files last year to reveal how Yameen and his trusted circle of senior advisers carved up the island paradise to lease to tourism developers.

The former president’s money laundering trial is expected to begin this week.