Royal Canadian Mounted Police arrested 17 people in connection with an international money laundering scheme, seizing vast quantities of drugs and cash, in an early morning raid on Monday. Three other members of the network remain at large, said the RCMP. 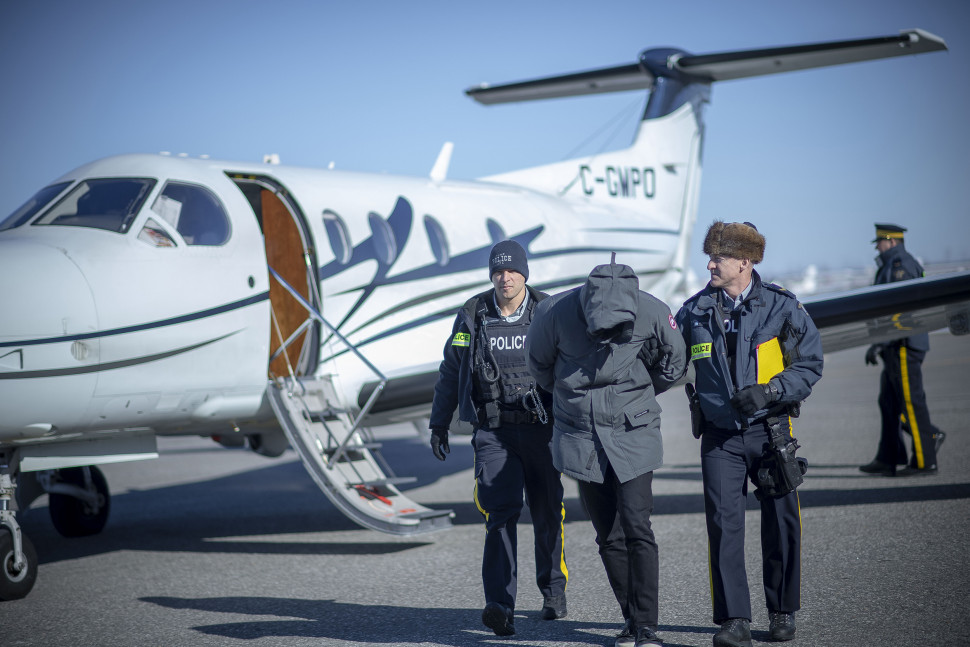 RCMP arrest an individual (Photo: Royal Canadian Mounted Police)The suspects were involved in collecting money in Montreal from criminal groups, laundering it, and offering an “informal value transfer system (IVTS) with connections in Lebanon, the United Arab Emirates, Iran, the United States and China” to transfer the proceeds “to drug exporting countries,” according to the Tuesday’s RCMP statement.

An IVTS exists outside of a formal banking institution, as a middleman, but may interconnect with formal banking systems, according to the US Financial Crimes Enforcement Network.

In Tuesday’s press conference the RCMP explained how the cash transactions, involving up to US $760,000 at a time would be exchanged in suitcases, duffel bags and car trunks.

Officers monitored the transactions taking place in parking lots and other such locations, via video surveillance. An equivalent value would then be released in another location, mainly Dubai.

Among the assets seized were significant quantities of drugs worth almost $1.6 million, including cannabis, cocaine, and methamphetamine. Bank accounts and cash in Canadian and foreign currencies worth $6.6 million were seized, as well as six properties estimated to be worth $11 million, and an “offence-related property” worth $5 million. The estimated value of all assets seized or restrained is altogether more than $24.8 million.

RCMP said that "it is by depriving criminal groups of their money-laundering networks that we will shake the very structure of organized crime.''

Dubbed “Project Collector,” RCMP’s major investigation in partnership with the Canada Revenue Agency began in 2016 and lasted until the spring of 2018, culminating in Monday’s raids in Montreal and Toronto. More than 300 police officers from around Canada took part in the raids.

The scheme began operating in 2013 and involved activities in eight other countries including Lebanon, Iran, China, Nigeria and Colombia.

Authorities are searching for three others in connection with the investigation.

Another major money laundering network, in British Columbia, is at the root of soaring housing prices and a major drug crisis. BC’s Attorney General estimates that $1.5 billion in dirty money is moved through real estate and casinos in BC in one year. A public inquiry into the network is on the cards.