China’s organized crime crackdown is proving successful, according to the government’s press agency, with 3,021 people investigated or “punished,” 1,229 organized crime groups busted and millions in US dollars recovered. 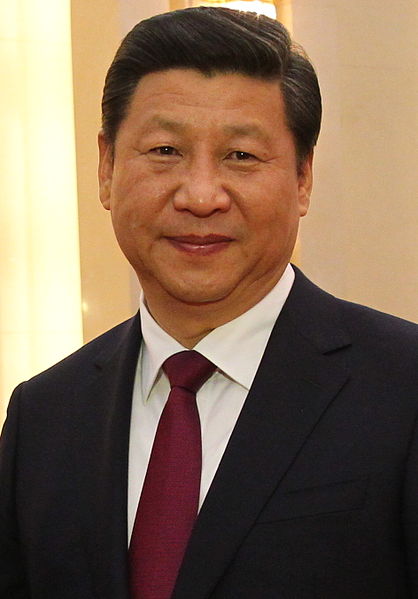 Chinese President Xi Jinping, who launched the anti-crime campaign in January 2018 (Photo: Antilong, CC BY-SA 3.0)State-run press agency Xinhua, citing the government’s anti-crime task force, reported on Thursday that police in ten different regions across China had seized 4.94 billion yuan (US$ 737 million) in assets from the proceeds of crime since the January 2018 launch of a three-year, nationwide campaign against organized crime.

The campaign, launched by President Xi Jinping, aims to strengthen local governance and law enforcement in the fight against criminal networks as well as the local “protective umbrellas” that allow it to operate by turning a blind eye.

As part of the campaign, official teams were sent to the ten different provincial regions from July to September 2018, to inspect and assess the work being done to stop organized crime. In the end, 992 different recommendations were made to the governments of the regions.

By December 2018, said Xinhua, local governments reported that the recommendations had been implemented, resulting in the 3,021 people being investigated or “punished” in 2,896 cases involving 1,229 gangs.

Law enforcement in central China busted groups who were operating illegal taxi and trucking services, those on the east coast targeted rural “village bosses”, and police in the south east investigated real estate money laundering schemes – according to Reuters.

A previous, similarly ambitious, anti-corruption campaign in provincial China resulted in the arrest of thousands of criminals. However, it was also found to have benefitted the interests of its instigator, Bo Xilai, with the arrest of his adversaries and competitors in business and politics. Methods used in the crack-down overstepped legal boundaries by forcing confessions and even the use of torture, it is believed. Xilai is now serving life in prison.

Though a government issued statement has explicitly said that coercion and torture will not be permitted, critics fear the latest anti-corruption campaign is, nevertheless, a political ploy.

Speaking to the South China Morning Post after the launch of the most recent anti-crime campaign in January 2018, political scientist Gu Su commented that “the campaign is clearly politically designed to further consolidate Xi’s power and the party’s absolute control at all levels.”

Su explained that, to meet targets, Chinese law enforcement and authorities were not averse to “pushing aside legal niceties,” which “usually happens in a system where there are no checks and balances or a requirement to hold law enforcement officers to the letter of the law.”

Xinhua says that provincial law enforcement implementing the campaign will be subject to further inspection within the first half of 2019, to ensure best practice.