Police in the United Kingdom said on Monday they seized a million-dollar diamond ring purchased by a jailed Azerbaijani banker whose wife is under investigation for failing to explain the source of her suspiciously large fortune. 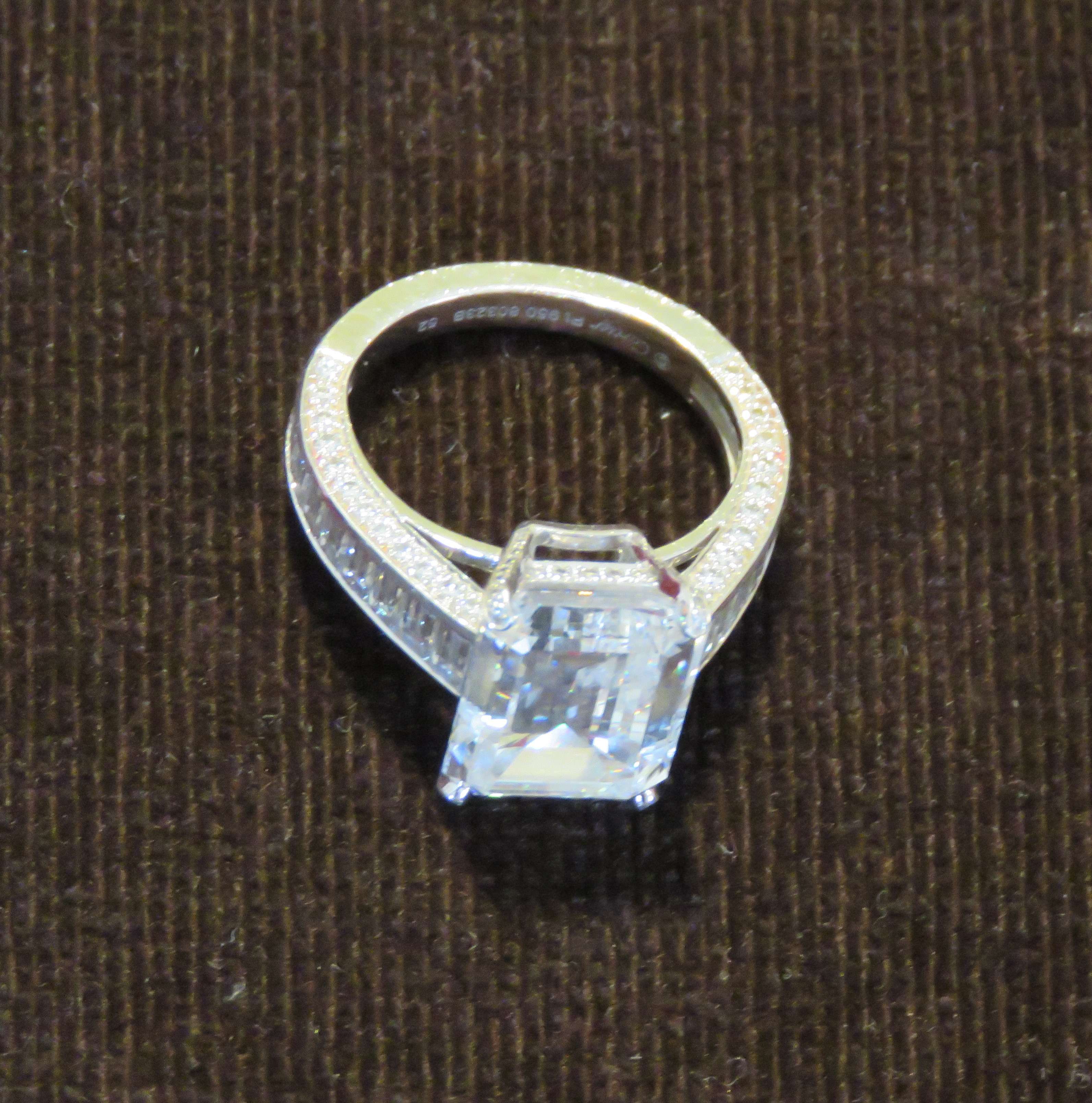 £1 million diamond ring seized (Photo: National Crime Agency)A district judge on Monday granted confiscation of the Cartier ring, worth £1,190,000 (US$ 1.5 million) and bought by Jahangir Hajiyev in 2011, as part of an ongoing probe into the origin of the couple’s extraordinary wealth.

Hajiyev was sentenced in 2016 to 15 years in an Azeri prison for embezzling some $3 billion from the state-owned International Bank of Azerbaijan, of which he was a chairman from 2001 to 2015.

The former banker is presumed to have bought the 8.9 carat diamond ring for his wife, Zamira Hajiyeva, whose lavish lifestyle made her the target of the country’s first-ever unexplained wealth order (UWO).

Incorporated last year, UWOs are part of the UK’s attempt to reduce its appeal as a prime money laundering destination. Under the order, a judge can require suspected corrupt foreign officials, or their families, to prove they acquired their property with legitimate means.

If unable, the law gives the National Crime Agency (NCA) the power to confiscate it.

In February 2018, The NCA secured UWOs against Hajiyeva under suspicion that she used dirty money to purchase her $15 million home near London’s Harrods department store, where she spent some $21 million over a ten year period using dozens of credit cards issued by her husband’s bank.

The order requires Hajiyeva to clarify how she and her husband could legitimately afford to buy their five-bedroom Knightsbridge home, as well a golf club in Berkshire, that have a combined worth of more than $28 million.

In addition to spending sprees and luxury properties, the high court heard last year that Hajiyeva had access to a $42 million private jet and had a cellar stocked with the world’s most expensive wines, according to the Guardian.

In November, the NCA seized $500,000 worth of jewelry from a London auction house where they were being valued for the Hajiyeva’s daughter, Leyla Mahmudova.

The family denies all allegations of wrongdoing.