Britain is launching a new task force to tackle the country’s bribery, corruption and money laundering problem estimated to be worth £14.4 billion (US$18.6 billion) a year. 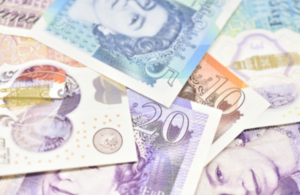 However, this falls short of the £100 million a year ($130 million) recommended by UK Finance, the trade association for the banking industry.

“Over five years, rebuilding a fit‑for‑purpose SARs programme will cost somewhere in the realms of £500 million ($640 million),” Stephen Jones, chief executive of UK Finance, told the Treasury Committee in October.

The new Economic Crime Strategic Board, a partnership between government and senior finance figures, will consider where further resources are required to tackle offences such as bribery and money laundering.

Javid believes close ties between government and the finance sector are essential to combating Britain's dirty money: “These criminals threaten the UK’s reputation as a world-leading place to do business and we have a joint responsibility to stop them.”

“We need to take action on all fronts to target the corrupt fraudsters who are lining their pockets with dirty money and living luxury lifestyles at the expense of law-abiding citizens,” he said.

SARs reform was announced as part of the government’s Serious and Organised Crime Strategy launched in November last year.