US Indicts Kremlin-Connected Lawyer for Obstruction

A Russian lawyer who sparked a wave of controversy for her role in a 2016 meeting with senior campaign officials for Donald Trump was charged Tuesday with obstruction of justice in an unrelated money laundering case. 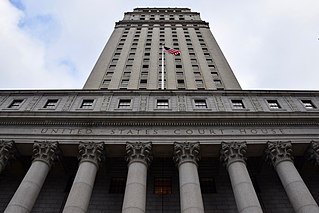 The charge stems from Veselnitskaya’s legal work for the Russian-owned real-estate company Prevezon Holdings in a 2013 civil investigation by US federal prosecutors.

The complaint alleged that the company used New York real estate to launder a portion of the proceeds from a US$230 million Russian tax scheme uncovered by Sergei Magnitsky, a Russian lawyer who died in a Moscow prison after exposing the fraud.

The Justice Department asked the Kremlin for help in the investigation into Prevezon, according to prosecutors, but the Russian government responded with a document of supposed investigative findings that purported to exonerate the company and Russian officials.

Tuesday’s 19-page indictment against Veselnitskaya, however, says that she secretly worked with a senior Russian prosecutor to draft the document, and then submitted an “intentionally misleading declaration” about its integrity to a federal court in Manhattan.

She is charged with one count of obstruction of justice.

Veselnitskaya attracted scrutiny in 2017 when The New York Times reported that she was one of several Russians to meet with top Trump campaign officials, including Donald Trump Jr., Paul Manafort, and Jared Kushner, at Trump Tower in June 2016.

Emails released by Trump Jr. reveal the meeting was arranged on the pretext that Veselnitskaya would share compromising information on Trump’s campaign rival Hillary Clinton as "part of Russia and its government's support" for Trump's candidacy.

Veselnitskaya originally denied close ties to the Russian government, but Tuesday’s indictment is in line with her admission last year that she is more closely connected to the Kremlin than originally claimed.

"I am a lawyer, and I am an informant," she told NBC News in April 2018. "Since 2013, I have been actively communicating with the office of the Russian prosecutor general."