The Guatemalan government said Monday it is withdrawing from a United Nations-backed anti-corruption commission that has been investigating the country’s President Jimmy Morales and gave the body’s staff 24 hours to leave the country. 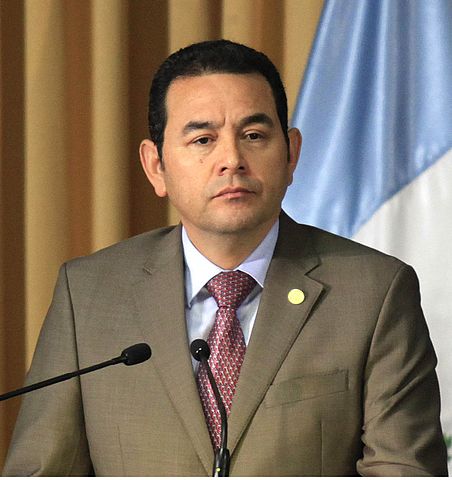 Guatemalan President Jimmy MoralesAnnouncing the decision at the UN, Guatemalan Foreign Minister Sandra Jovel accused the UN-sponsored panel of politicizing its work, violating Guatemala’s sovereignty, failing to respect the presumption of innocence, and causing “division in our society,” according to translation by Time.

In its more than a decade of operation in the Central American country, the panel, CICIG, has worked alongside Guatemalan prosecutors to press corruption cases that have implicated more than 600 people, including top officials and business people.

After taking office in January 2016, Morales promised to work closely with CICIG. Running on the slogan “not corrupt, nor a thief,” the former comedian won the Guatemalan presidency as an outsider candidate after the commission’s investigations discredited many of his potential rivals, according to The New York Times.

The relationship turned tense, however, when the panel implicated Morales’ brother and son in a fraud scheme, and then turned overtly antagonistic when it accused Morales himself of campaign finance irregularities in 2017.

After the commission moved to investigate him, Morales tried to expel CICIG’s chief, Ivan Velasquez. A court quickly blocked the order, according to Time, but the government successfully barred Velasquez from reentering Guatemala after he left for a business trip.

Last year, Morales said he would not renew CICIG’s two-year mandate in 2019, a permitted decision under the UN agreement that effectively gave the commission until September to close operations and leave the country.

Monday’s announcement that the government will expedite the commission’s expulsion was immediately challenged in the country’s Constitutional Court, which has consistently ruled in favor of the UN panel.

Over the weekend, Guatemalan immigration officials denied a Colombian CICIG investigator entry into the country and arrested him upon arrival, according to Al Jazeera. After being held for nearly a day, he was released following an order by the Constitutional Court.