Police arrested in Zagreb a former member of a mafia group who was convicted for drugs trafficking in Italy, Croatian authorities said in a statement on Wednesday. 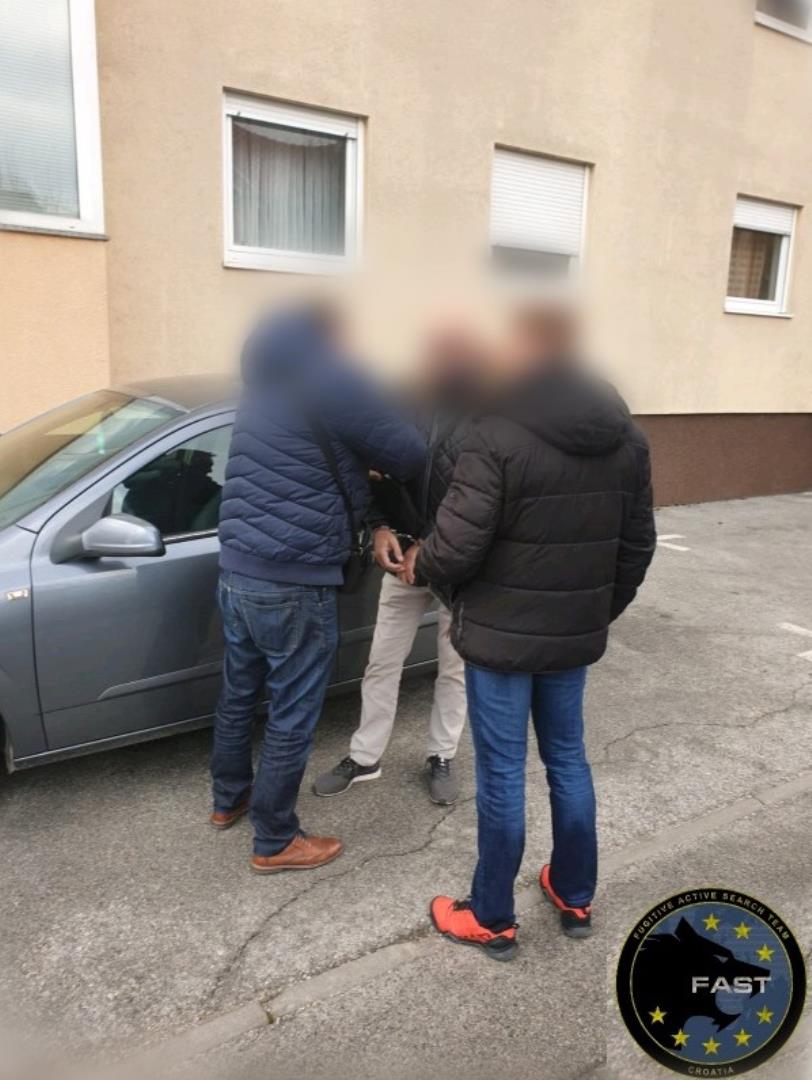 The arrest of Claudio D'Este (From: Croatian Police)Officers of Croatia’s FAST team, an international cooperation of police forces, arrested Claudio D'Este, 72, on Monday as he was leaving his home with his family. He had counterfeit identity papers, ANSA reported.

Italy had issued a European arrest warrant for D’Este based on his conviction of being a criminal organization member and of buying, owning, selling, and distributing large quantities of heroin and cocaine.

D’Este is to be extradited to Italy where he will serve 10 years in prison.

The Mala del Brenta sold drugs from abroad in the Veneto region throughout the 1980s and 1990s.

A career criminal, D’Este had been arrested multiple times. His first arrest was in 1976 for smuggling weapons, after which he switched trades. From 1981 to 1989, the Venetian mobster imported cocaine and heroin from abroad, leading to his second arrest in 1991 and a six-month term in prison.

In the 1990s, D’Este ran a casino in the Croatian city of Novigrad, which can be reached by ferry from Venice. He was arrested in 1997 for the third time on international cocaine trafficking charges. Because of previous convictions and outstanding charges, he received almost 18 years and was sent to Padua prison.

But due to reductions, pardons and Italy’s slow-moving judiciary system, D’Este received an early release and was out again by 1999. The rest of his penalties were substantiated in 2000 but by then D’Este had already fled Italy and allegedly started his exile in Croatia.

D’Este met his wife Snjezana at his own casino. The two got married, had a daughter and the Italian received Croatian citizenship.

According to the police report, D’Este made up to 30,000 euros per week dealing drugs. The drugs often came from Colombia and went to Italy through Croatia.

D’Este’s former boss Maniero had been found guilty of seven murders, became a police witness and published an autobiography called “A Criminal Story.”

Asked about D’Este’s arrest, his neighbors expressed their surprise when learning about the old man’s history.

“He lives in our neighborhood with his wife and teenage daughter,” a neighbor told Jutarnji. “They also have a retriever they take on daily walks. Unlike Snjezana, who has a real estate agency, the Italian seems to do nothing. We do not even know his name.”

“He’s not good at speaking Croatian,” the neighbor added.

Another neighborhood voice said it was hard to believe the old man was a dangerous criminal.

“I can’t believe that man did anything, let alone that he was a dangerous criminal. The guy is phlegmatic and has a limp. A drug dealer? Well, he's a pensioner. What can I tell you, he behaves and looks like a classic Italian.”