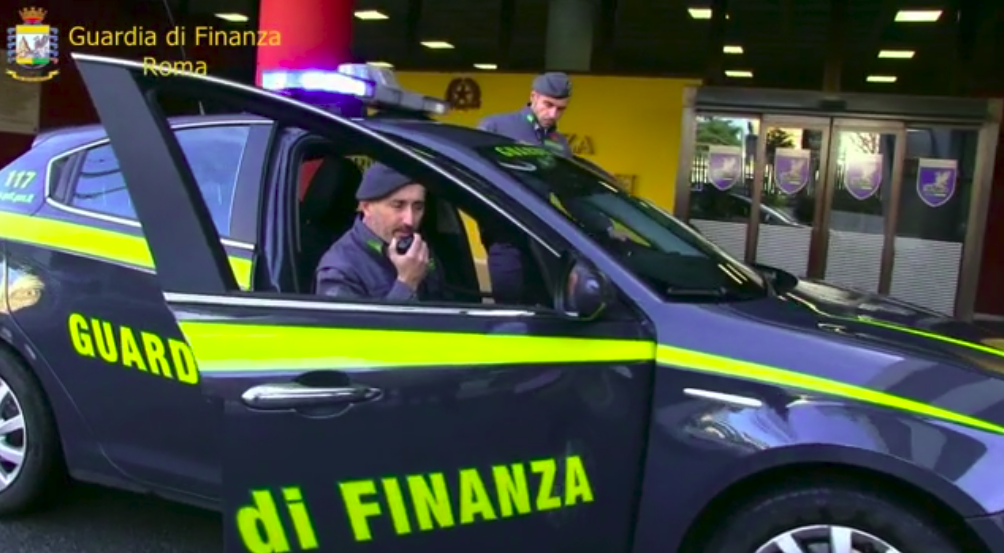 Tax Police in Rome prepare to seize the assets of suspect T. (From: Guardia di Finanza)The suspect “T.”  is originally from the Southern Italian region of Calabria — home to the ‘Ndrangheta organized crime group  — and was convicted in June 2013 by the Rome Court of Appeal of drug crimes, abuse of office with a public administrator and owning fictitious assets.

According to the District Antimafia Branch of Rome, the alleged mafioso has been living in the central province of Lazio for a long time and headed a mafia group that “illegally managed and controlled economic and commercial activities” and influenced tenders and public services.

Financial investigative units documented the discrepancy between the small incomes declared by T. and his family members compared to the assets they owned.

The companies and properties were registered under the name of a third party but police tracked it back to T. Authorities say he accumulated his fortune “thanks to the reuse of profits from illicit activities.”