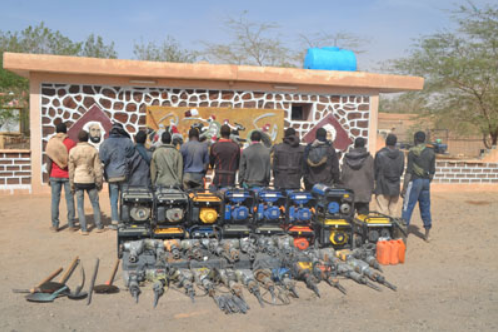 Organized crime and terrorism go hand-in-hand, the Ministry of Defense said in a separate statement touting its successes of 2018.

“The year 2018 was characterized by significant results in the field of combating terrorism, smuggling, trafficking in weapons, drugs and organized crime through the elimination and arrest of a large number of terrorists and the dismantling of several cells,” the statement said.

Over the past year, authorities arrested 611 drug dealers and 1,800 smugglers. They confiscated hundreds of kilos of cocaine and over half a million hallucinogenic tablets.

In combating terrorism, they killed 32 terrorists, arrested 25 others and destroyed around 500 terrorist hideouts.

The army confiscated over five hundred kalashnikovs and rifles as well as 48 machine guns and 15 rocket launchers.