Sex Trafficker Ordered to Pay Victim Half a Million Dollars

A United States judge ordered a convicted sex trafficker to pay his teenage victim nearly half a million dollars—the largest sum ever decreed under the district’s trafficking restitution statute. 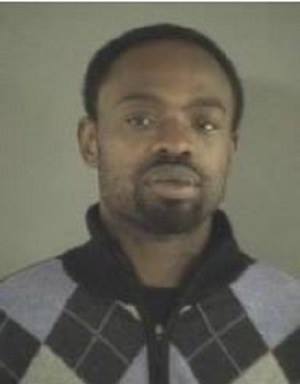 Here, the judge awarded the victim US$477,618.20 for her losses, and ordered Saddler to pay the amount as part of his criminal judgment.

“Saddler’s crimes were unbelievably heinous,” said US Attorney Robert Higdon. “For years, he exploited and traumatized a child to satiate his greed and others’ sexual desires.”

“His nearly half-million dollar restitution order is a small step on the victim’s path to recovery.”

According to evidence presented at trial, Saddler began an illicit romantic and sexual relationship with the girl when she was 13 or 14.

In 2015, when the victim was 15-years-old, Saddler started giving her crack, taking her to migrant camps around Wilson, North Carolina, and forcing her to engage in sexual acts for money.

When she objected, Saddler abused and threatened her.

He also introduced her to his brother, Bobby Williams Jr., and his crack supplier, Kenneth Ward. Both then began sexually exploiting the minor for cash with the help of their girlfriends, Temeeka Honey and Yadyra Brown.

Ward and Brown promoted the minor by posting multiple advertisements with her photograph on the classified advertising website Backpage.com.

Williams, Ward, Honey, and Brown have all been charged and sentenced in related cases.

In 2017, a federal jury convicted Saddler of conspiracy to commit sex trafficking of a minor and sex trafficking by force, fraud or coercion. He was sentenced to 40 years in prison in June, followed by a lifetime of supervised release.

“Other would-be traffickers should take heed,” Higdon said. “For those who seek to exploit our youth, justice will be swift and severe.”