A former congressional staffer who helped a United States representative defraud charitable donors of more than a million dollars over the course of four years was sentenced to 18 months in prison, prosecutors announced Wednesday. 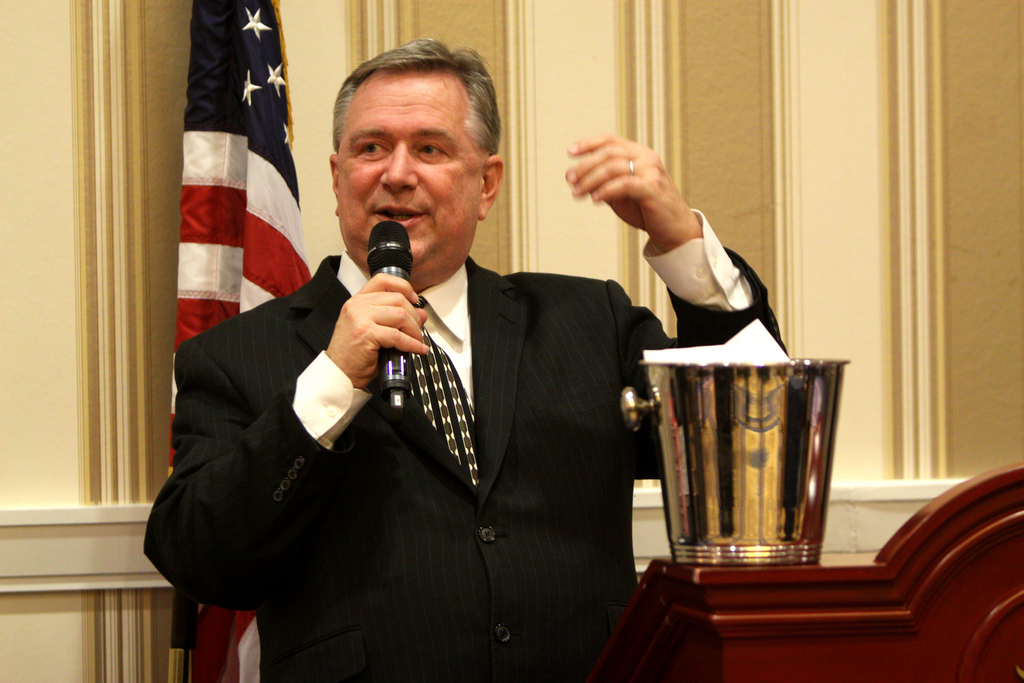 Former congressman Steve Stockman speaking at the 2013 Conservative Political Action Conference in Maryland. (Source: Flickr)Thomas Dodd, 40, admitted in 2017 that he participated in an extensive election crimes scheme led by former Republican congressman Steve Stockman of Texas, who was convicted on over 20 counts of fraud, money laundering, and making false statements to the Federal Election Commission.

Between 2010 and 2014, Stockman and Dodd drummed up some US$1.25 million in donations from charitable organizations and individuals under false pretenses, and then laundered the money through a series of sham non-profits and dozens of bank accounts before using it for personal and campaign expenses.

Another of Stockman’s former staffers, Jason Posey, pleaded guilty in 2017 to participating in the scheme.

In 2013, shortly after Stockman took office in the House of Representatives, he and Dodd used the name of a phony non-profit, Life Without Limits, to solicit a $350,000 endowment they claimed would be used to build an educational center called the Freedom House.

Instead, however, Stockman, Dodd, and Posey used the charitable donation to pay for a variety of personal and campaign expenses, including a covert surveillance project targeting a perceived political opponent, an inpatient alcoholism treatment for an associate, and hundreds of thousands of robocalls and mailings promoting Stockman’s candidacy for Senate in early 2014.

In another instance, Stockman ordered Dodd and Posey to illegally funnel $15,000 of charitable proceeds into the congressman’s campaign bank account, and then submit falsified reports to the FEC stating that the money was a contribution from the staffers and their parents.

In the early stages of the investigation, Stockman also directed Posey to flee to Cairo, Egypt, for two and a half years so that he couldn’t be questioned by law enforcement.

“At trial, the government proved to the jury that former Congressman Stockman ran his campaign and fraudulent charities to simply enrich himself and defrauded well-meaning donors,” said US attorney Ryan Patrick in a Justice Department statement.

“This type of corruption by public officials gives our entire democratic system a black eye.”

Stockman was sentenced last month to 10 years in prison and ordered to pay over a million dollars in restitution.