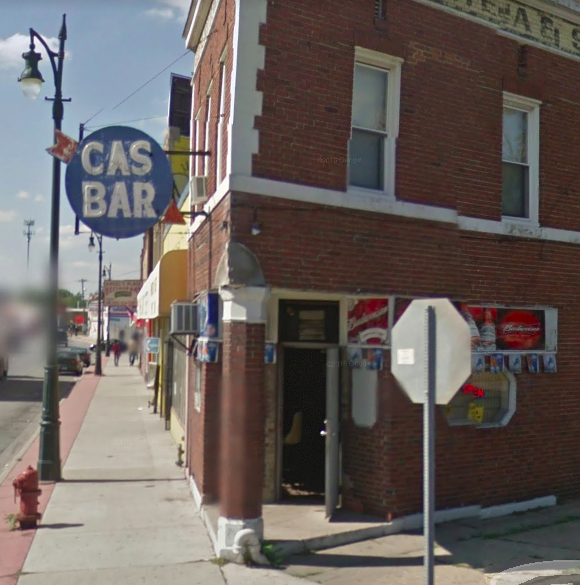 Beverly Jo Sassin allegedly ran a million-dollar fencing scheme from the Cas Bar in Detroit. (Photo: Google Maps)Beverly Jo Sassin, 70, is accused of heading the retail fraud ring which resold the diverse spectrum of stolen goods out of her business, the Cas Bar. Sassin and three others were each arraigned on eight felony counts related to conducting a criminal enterprise.

“This is not somebody looking for a deal at Christmas time or buying some used merchandise from a friend,” Dearborn Police Chief Ron Haddad told reporters at a press conference Monday. “This is an ongoing criminal enterprise that victimizes everyone.”

"It's a million-dollar operation.”

Investigators said Sassin and her conspirators would pay heroin addicts to steal from big-box retailers and grocery stores such as Target and Home Depot, and then resell the lifted goods in an underground marketplace at the Cas Bar, where Sassin is known to customers as “Mama Jo.”

"These four people were in a position to move a lot of stuff in a hurry," Haddad said. "It's organized and they know exactly what they're doing."

Raiding at least four locations in Wayne County, officers seized guns, liquor, drugs, air fresheners, poker machines, and, among other things, US$620,000 in cash, some of which was stuffed in a Velveeta box.

Officials said organized retail crime is an increasing problem in Wayne County that hurts both businesses and consumers by driving up prices. It is often fueled by drug addiction.

Fadwa Hammoud, lead attorney for the Wayne County business protection unit, estimated at Monday’s press conference that some 90 percent of boosters - the people who physically steal the goods - are addicts resorting to theft for drug money, the Detroit News reported.

“This is a prominent crime that is happening in our community,” she said, “and the message is we are no longer tolerating it.”