On his first day in office Sunday, Mexican President Andres Manuel Lopez Obrador proposed a new national guard and a militarized approach to the country’s fight against violent drug crimes. 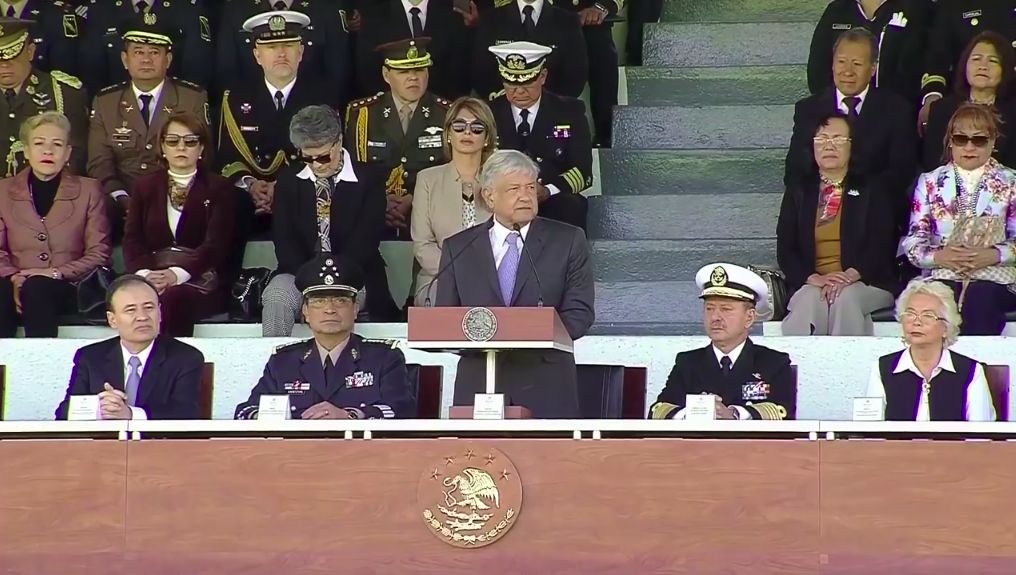 Yet in the campaign’s final months, he shifted his crime-fighting strategy to promise an increase in armed forces. On Sunday, he announced a traditional militarized plan including a new national guard of 60,000 army, navy, and police officers.

“We must adjust to a new era,” Lopez Obrador said while surrounded by military officers. “The people of Mexico need their armed forces to address this grave problem of insecurity and violence right now.”

A planned second phase will add even more military forces to the initiative.

The president said he wants to reform the constitution in line with his strategy, which will be put to a public vote in 2019.

“A National Guard will be created, if approved by the people and the Congress, to guarantee public safety in the country,” Lopez Obrador said.

Tough measures against drug crime are not new to Mexico. A heavy-handed approach against drug cartels initiated in 2006 resulted in the arrests and killings of high-profile drug kingpins. However, in the past dozen years, more than 200,000 people have been killed and tens of thousands have disappeared, Reuters reported.

Other aspects of Lopez Orbador’s fight against drugs and violence present a more traditional  leftist approach, such as a plan to decriminalize and regulate marijuana use, tighter gun control, and reduced jail time.

The new president’s strategy includes leniency for those who admit guilt, reparations for victims, and commissions to investigate brutal crimes.

Lopez Orbador ended his address with an appeal to the public.

“Do not leave me alone because without you I am worthless or almost nothing; without you, the conservatives would easily overwhelm me,” he said. “I ask for your support, because I reiterate the commitment not to fail you; death before betrayal.”