German police raided the offices of Deutsche Bank in the city of Frankfurt on Thursday as part of an investigation into alleged money laundering revealed in the  leak of documents from the offshore law firm Mossack Fonseca, the Guardian reported. 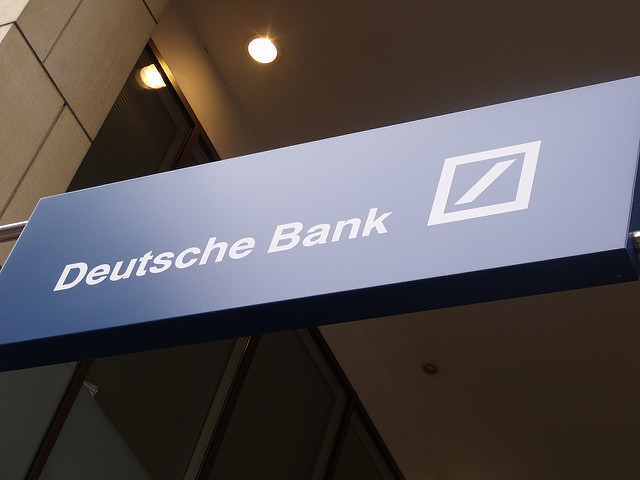 Deutsche Bank sign (Photo: Elliot Brown, CC BY 2.0)About 170 police, prosecutors and tax inspectors searched six offices in the city, prosecutors were quoted as saying. They added that at least two employees of the bank were being investigated for helping set up offshore companies that were allegedly used to help launder money.

“As far as we are concerned, we have already provided the authorities with all the relevant information regarding Panama Papers,” Deutsche Bank wrote on Twitter, adding they would cooperate with authorities.

The Panama Papers was one of the biggest leaks in journalistic history and revealed the secretive offshore mechanisms often used by the world’s rich and powerful — as well as criminals — to hide wealth, evade taxes and commit fraud.

The raid in Germany was hailed by anti-corruption groups, who also cautioned that there is more to be done.

“Almost three years on, and law enforcement are still relying on the Panama Papers for their work. It shows how investigative journalism has been at the forefront of opening the door on a morass of morally dubious – and sometimes illegal – activity by banks,” Global Witness campaigner, Ava Lee was quoted as saying by the Guardian.

In a statement, Transparency International said world leaders still had not done enough to curb abuses of the offshore financial system.

“Yesterday’s police raid at the headquarters of Deutsche Bank highlights the lack of coordinated global leadership against financial secrecy from the world’s richest nations,” the organization said.