Italian police arrested on Thursday dozens of suspected gang members who transported drugs in car compartments that would pop open only after a secret combination of actions, like  lowering the sun visor while putting the gear shift in neutral, switching off the air conditioning or putting it in reverse. 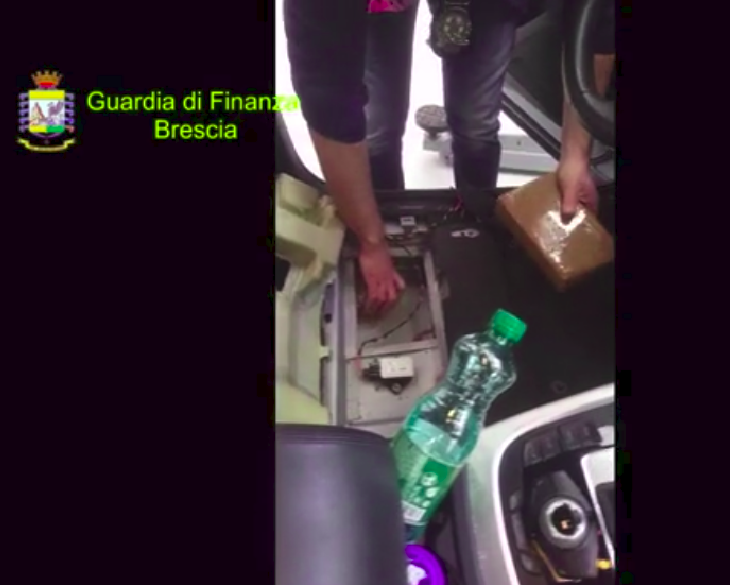 “They stocked the cocaine in the province of Brescia,” said Police Commander Salvatore Russo. “The drugs came from South America but the distribution happened in Italy.”

The “real European drug route” went along the Netherlands, Germany and Italy. The organizations owned a car dealership, providing them with a dozens of high-powered cars, which have been seized.

As police discovered the secret triggers in cars across Northern Italy and the Netherlands, they found 130 kilograms of cocaine and firearms. The drugs had been seized over a period of one year with about two seizures per month.

During the investigation authorities recorded the violent behavior of the organization, which abducted one of their associates who had tried to sell some of the drugs independently.

“Dutch police arrested the person in charge of delivering the weapon to the hit man to punish the "traitor," authorities said in a press release. “The German police raided the place of imprisonment, arresting those responsible.”