Pakistani officials hailed on Wednesday a newly signed prisoner exchange agreement with the UK, which opens the door for Pakistani fugitives to be returned and serve their sentence at home. 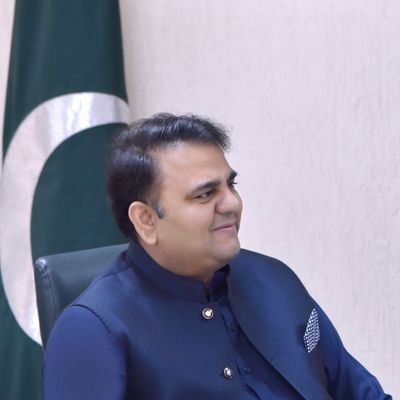 Fawad Chaudhry (Twitter)“This is an important agreement between the two countries and now prisoners from both countries can complete their imprisonment in their own countries,” Pakistan Information Minister, Fawad Chaudhry said.

Islamabad had previously requested the return of former finance minister, Ishaq Dar, 68, from London. He was declared a fugitive in December after he repeatedly failed to appear before judges in a graft case associated to the Panama Papers leaks.

The four-time finance minister fled to London last October for treatment of a heart condition. He was relieved of his duties in November after he requested three months leave.

Pakistan and the UK came to an agreement to exchange prisoners on Nov. 9 that includes mutual legal assistance, improvements in extradition requests and initiatives to combat money laundering.

“This agreement will strengthen and empower the Pakistan investigation institutions primarily Federal Investigation Agency and anti-graft watchdog National Accountability Bureau to carry out investigations under this with the UK”. Mr Akbar said.

Pakistan’s Prime Minister Imran Khan has said several times since taking office that he was going to bring back looted money from abroad.

Khan had launched anti-corruption and money laundering investigations in the Supreme Court after revelations of the Panama Papers in 2016 showed that Prime Minister Nawaz Sharif and his children owned a portfolio of luxury flats in London.

The investigations ultimately resulted in the ousting of Sharif from the office in July 2017 as well as in his conviction.

Experts consider the agreement a good development but are cautious to predict any direct results.

“An agreement, for exchange of prisoners, with the UK is a step in the right direction,” said Osama Malik, an Islamabad-based international law expert and member of the Law Society of England & Wales.

“The agreement will still be piecemeal, as in, information will be shared on a case to case basis, and it may not be mandatory for the state receiving the request to comply with it. This is in addition to an agreement between the two countries for Mutual Legal Assistance related to repatriation of laundered money, that was signed soon after the new government came to power in Islamabad,” he said.