A senior leader of the Aryan Circle, a violent white supremacist prison gang with roots in the Aryan Brotherhood of Texas, was sentenced to 13 years in prison for protecting the murderer of a fellow AC member, the Justice Department announced Tuesday. 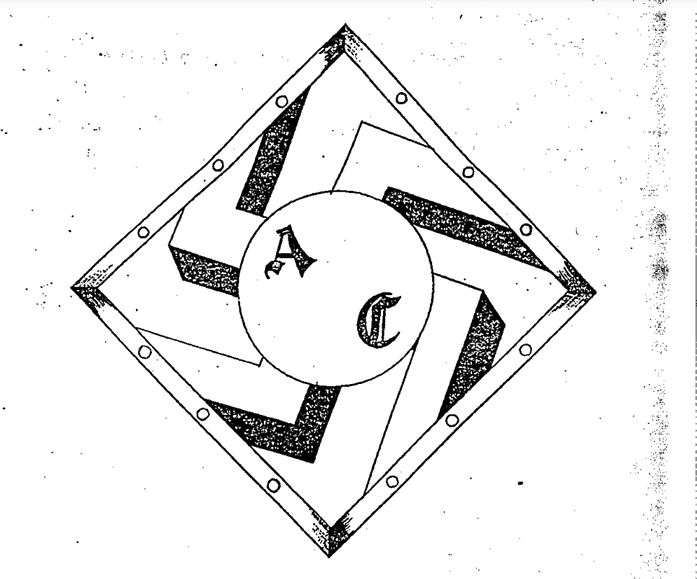 An Aryan Circle patch from the gang's official handbook (source: FBI)David Wayne Williams pleaded guilty in August to charges of being an “accessory-after-the-fact to racketeering murder” - that is, assisting the alleged killer evade apprehension and punishment for a murder stemming from the criminal enterprise.

Williams, aka “Big Dave,” also admitted to drug trafficking and weapons possession. He is set to serve 157 months in prison and four years of supervised release.

Richard Alan Smith, a lower-level AC gang member who pleaded guilty to the accessory-after-the-fact charge in July, was sentenced to twelve and a half years in prison and three years of supervised release.

Six other members of the race-based gang were indicted earlier this year in connection with the July 2016 murder of fellow AC member Clifton Hallmark. According to court records, Hallmark was shot point blank in the side of the head after a fight broke out during an AC “church” meeting in Turkey Creek, Louisiana.

Jeremy Wade Jordan faces a federal racketeering-related murder charge in the case. According to officials, Jordan murdered Hallmark to increase his status in the group.

The Aryan Circle was founded in the mid-1980s as a whites-only gang in the Texas prison system during a period of turmoil within the Aryan Brotherhood. Its influence was relatively small at its outset, but grew in stature in the 1990s through violent conflict with other gangs, both white and non-white alike.

The AC’s complex, militaristic structure and influence stretches from rural to suburban areas throughout Texas, Louisiana, Oklahoma, Indiana, and Missouri, and it is divided between prison and “free world” chains of command.

Upper board leaders have the authority within the gang to mete out punishments to members who violate the gang’s rules and order. According to prosecutors, these penalties can range anywhere from a fine or written violation to beatings or death.

All AC members are required to attend monthly “church” meetings where criminal activity is discussed, financial proceeds are collected, and disciplinary beatings or punishments are administered.

Members, and oftentimes associates, are required to follow the orders of higher-ranking officials without question.