Israeli Police: Minister Should be Charged with Corruption

Israeli police on Tuesday recommended charges be brought against the interior minister, who has been under investigation since 2016 over suspicions of bribery, fraud and breach of trust, tax offences, and money laundering. 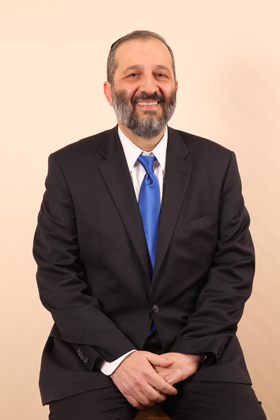 Aryeh Deri (Photo: Knesset)The investigation established an “evidentiary basis” that Minister Aryeh Deri committed fraud and breach of trust, as well as millions of shekels in tax offenses and money laundering, disrupting legal proceedings and perjuring himself in court with regard to his assets and income, the Israel Police said in a Facebook post.

The investigation, carried out by the National Fraud Investigation Unit and the Tel Aviv District Attorney’s Office, looked into the transfers of hundreds of thousands of shekels from various businessmen to Deri, according to the Jerusalem Post.

Authorities also investigated transactions for the sale of plots of land owned by Deri in Har Shmuel and Givat Shaul; the purchase of land in Safsufa; statements by the minister to the speaker of the Knesset and the state comptroller; missing reports in capital declarations to the tax authorities, among others.

“You cannot take away what Arye Deri did in Israeli politics. For his own good and for the benefit of his voters, many of them from the weak population of Israel, he should resign from the Knesset and the government and fight for his innocence. There is a very bad message to the public in the continuance of Deri’s tenure as a minister in the government,” Knesset member Salah Saad of the Zionist Union said.

Shlomo Deri serves as a deputy chairman of the Jewish National Fund, a nonprofit that develops land in Palestine for Jewish settlement. As of November 2017, the JNF owned 13 percent of all land in Israel and brought in some US$3 billion per year, mostly in land sales, according to the Times of Israel.

The police said they were handing the investigation files over to the State Attorney’s Office for review.

Authorities questioned Aryeh Deri and his wife over allegations they received illicit payments from businessmen, but both deny any wrongdoing, according to the Associated Press.

Deri previously served as interior minister from 1988 to 1993. He was sentenced to three years in prison in 2000 for taking $155,000 in bribes, but was released after 22 months for good behavior.

He resigned as Minister of Economy in November 2015 after refusing to overrule an anti-trust commissioner’s objections to a major natural gas deal supported by Prime Minister Netanyahu. His resignation allowed Netanyahu to push the controversial deal forward.

Most of Deri’s alleged crimes date prior to his return to the Knesset in 2013 after a 13-year absence. Some, however, occurred during Deri’s most recent tenure as interior minister.