A month after her arrest, the wife of a former Malaysian prime minister has been charged with public procurement corruption on Thursday. 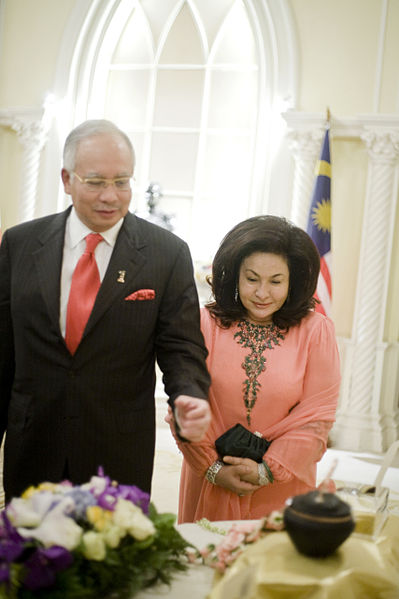 The Malaysia Anti-Corruption Commission arrested Rosmah Mansor in October on money laundering allegations. On Thursday, they charged her with soliciting and receiving bribes of 189m ringgit (US$45.12 million) from a company tendering a public construction project.

Mansor pleaded not guilty to the charges.

The company was applying to construct solar energy systems in public schools on the island of Borneo for 1.25 billion ringgit, or $298 million, according to Al Jazeera.

Razak has been charged with 30 counts of money laundering and corruption for his alleged role in the 1MDB fraud scheme, in which officials and investors funneled billions of dollars from public funds for their own enrichment.

When police raided the couple’s premises in July, they found jewellery, luxury purses, watches and bags of cash totalling up to $273 million.

The huge amount of cash meant they needed 22 bank officials, six counting machines and three days to count all the money.

"We couldn't do the counting at the premises because the numbers were too huge," said the head of Malaysia's commercial crime division, Datuk Seri Amar Singh.

The seizures were the biggest in Malaysian history, Singh added.