The Kingdom of eSwatini, formerly known as Swaziland, lost US$2.09 million due to fraud and corruption in various sectors of the government, the national police deputy commissioner said Monday at an event celebrating International Fraud Awareness week, the Swazi Observer reported. 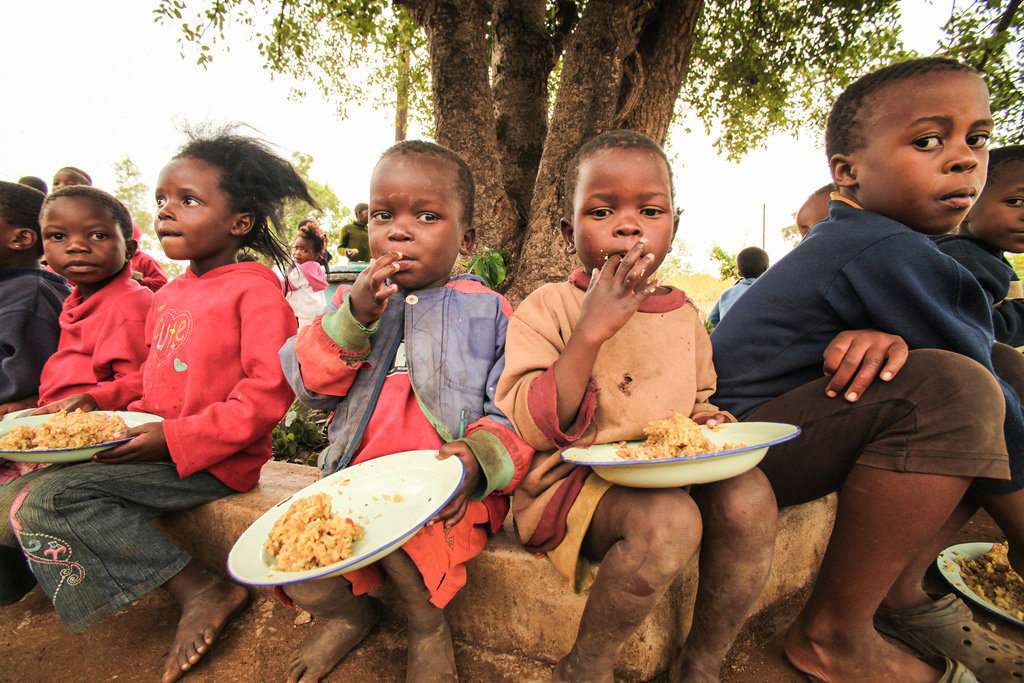 Young children in Eswatini, or Swaziland, where 63 percent of people live below the poverty line. (Photo: Flickr, CC BY 2.0)“This is a substantial monetary loss comparative to the economic size of the country,” Mumcy Dlamini told an audience assembled at the Mountain Inn in the capital of Mbabane.

While an estimated 63 percent of Swazis live below the poverty line, making less than two dollars per day, the government agreed in March to buy Prime Minister Barnabas Dlamini - who died in September at age 76 - a $380,000 retirement house.

In her speech, Dlamini attributed much of the losses to fraud in the “banking sector business,” such as illicit electronic fund transfers and false banking instructions. She cited examples of cloned or skimmed bank cards used to make ATM cash withdrawals.

Fraud in the public sector, however, far and away surpasses that in private business, according to a report released earlier this year by the Office of the Auditor General.

The nearly three-hundred-page report covering the financial year through March 2017 exposes widespread fraud and financial irregularities across numerous government ministries, including the offices of the Prime Minister, National Commissioner of Police and the Ministries of Education, Defence and Home Affairs.

In the Deputy Prime Minister’s Office, $865,000 in disability grants were disbursed over a period of three years without an established set of guidelines. As a result, $15,950 was doled out to non-deserving beneficiaries, eroding a system aimed to benefit low-income disabled Swazis.

The report also found under-expenditures in the Ministry of Education and Training, such as a $139,400 project to supply water to schools that only used $17,200. “If funds were not used,” the report says, “development would be retarded and economic growth negatively affected.”

The Ministry of Home Affairs paid $72,5000 in salaries for four immigration officers who had been suspended from work, three of them on full pay since June 2014.

“I am also concerned that criminal proceedings against them [the officers] have been delayed for more than two years now, and performance of government services is progressively becoming poor due to undelivered services,” the auditor general wrote.

In another case, the Ministry continued to pay a salary to an Home Affairs officer for three months after his death.

eSwatini, however, is no stranger to corrupt practices.

A national corruption perception survey published in 2017 by the Anti-Corruption Commission (ACC) found that while 79 percent of respondents perceived government as a corrupt sector, 49 percent believed corruption to be sometimes beneficial.

In March of this year, the ACC itself was deemed corrupt, and the Parliament suspended its budget of $109,000 pending an investigation, Swazi Media reported.

MPs were also concerned to learn that the ACC Commissioner, Thanda Mngwengwe, whose contract had expired at the end of January 2018, was still at work and enjoying full use of a Mercedes Benz ML worth $83,650 supplied by the ACC, the Swazi Observer reported.

The government had also purchased three Volkswagen Golfs last year, but the cars were no longer in the country. Mngwengwe could provide no explanation for their disappearance at the time.