Ethiopian authorities arrested dozens of intelligence officers and high-level officials from the country’s military-run Metals and Engineering Corporation, METEC, on charges of graft and human-rights abuses, local news reported over the weekend. 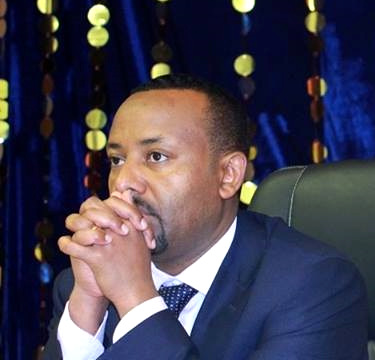 Prime Minister Abiy Ahmed (Photo: Wikipedia, CC BY-SA 4.0)The arrests are the result of Ethiopian Prime Minister Abiy Ahmed’s order for a months-long investigation into misdoings under the previous government, the Associated Press wrote. Since coming to power in April, Ahmed has condemned police brutality and has pledged to reduce the military’s role in the country’s state-planned economy.

"There are people that have been blinded after being held in darkness for long periods of time. Others have been left infertile because of blows to genitals. There are some that had limbs broken. Women have been subjected to gang rape, and men to sodomization," Berhanu told reporters, according to US News.

An investigation into procurement processes at state-run METEC revealed that for six years the corporation allegedly made international procurements totaling US$2 billion without competitive bidding processes. Berhanu said that some projects were given to relatives of employees, according to Bloomberg.

In August, the government ended METEC’s involvement in a $4 billion dam project on the River Nile due to numerous delays and accusations of mismanagement. Abraham Belay, executive director of Ethiopian Electric Power, said in September that a vital component of the project had been seriously delayed although it had been paid in advance.