Estimates of the amounts of money smugglers make from trafficking people into the US are way below their actual revenue, Dallas News reported on Monday. 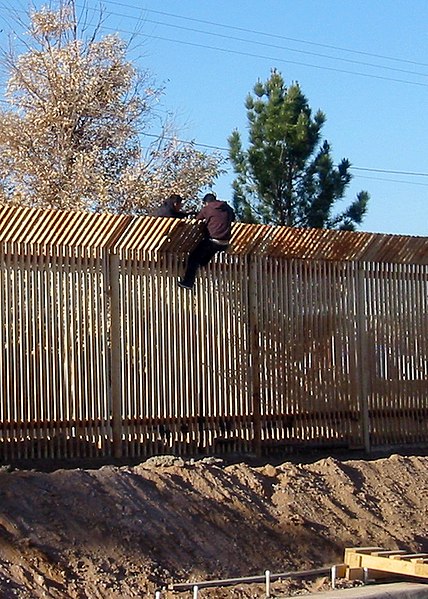 US-Mexico Border (US Navy)The United Nations-backed 2018 Global Study on Smuggling of Migrants estimated that the business of smuggling migrants from Mexico and Central America to the US is worth about US$7.4 billion per year.

That’s way below the marks says the Dallas News staff that has reported on the migration of people from impoverished regions in Africa and Asia via South America to the US. The figure is more likely to be in the tens of billions of dollars, the paper says.

The UN study based its estimate on 800,000 migrants from all origins crossing the Mexican border.

According to Mexican media, officials estimate that between 4,000 and 11,000 immigrants, mostly Indian and Nepali, pass through the Capurgana region in Colombia per year.

This likely does not include Punjabi migrants who stay in camps controlled by military groups in the region’s mountains. An unnamed source told the Dallas News that this makes the number of people passing through Capurgana closer to 24,000 a year.

The going rate for someone going to the US from Nepal and India is around $30,000. The rates vary depending on destination and demand. Destinations where visas are easily obtained and which have a steady flow of migrant labor, like Qatar and Malaysia, cost between $1,000 and $1,500.

If someone does not have a visa, the cost will increase at least ten times. Reaching Chile, which is considered the best alternative to the US, costs $15,000.

Based on these rates, smugglers make $720 million per year just from migrants going through Capurgana.

Extortion rates, for which the people often have to borrow money, drive the figures even higher. In Nepal, for example, the UN estimates that rate to average 30 percent.

“While many of the other 776,000 migrants crossing the Mexican border likely pay substantially less than South Asians do, the value of the migrant-smuggling trade is almost certainly in the tens of billions of dollars,” the newspaper said.

Many migrants cannot afford these exorbitant fees and sell their properties at home, loan money from friends and family or even from local moneylenders — who often work together with the smugglers.

In dire need to make money quickly once they arrive, some migrants are then taken advantage of as cheap labor.

A group of recent Nepali arrivals in Chile, for example, were shuttled directly to a fruit farm from the Santiago airport. They received room and board and were paid $400 per month for 10-hour work days of picking fruit.

Almost all the money they made for the first three years went to repaying the loans for their passage. By the fourth or fifth year, many were so worn from the hard work they started saving up to go back home.

Many of the smugglers trick migrants into such situations using false promises, such as salaries of $1,500 to $2,000 per month and US or Australian visas after a year of work.

While the Trump administration said it will only recognize 30,000 refugees in 2019, the smallest amount of people ever, the flow isn’t likely to stop. Even more so, the less legal routes to the US, the more opportunities for smugglers.

In Central America, smuggling networks often work together with local organized crime groups, according to the UN report.

“Smuggling networks have links with large violent criminal organizations that they have to pay for the ‘right’ to safe passage for migrants, for example, along the border between the United States and Mexico.”

The UN study estimated that at least 2.5 million migrants were smuggled worldwide in 2016.