Huang Qi, an activist billed as China’s first “cyber dissident” who has been imprisoned for two years, is in danger of dying in police custody if he does not receive immediate medical treatment, human rights groups said in a statement released Monday. 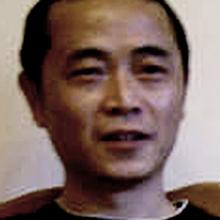 Huang Qi (Photo: Reporters Without Borders)“The Chinese government must immediately and unconditionally release Huang,” whose health has so severely deteriorated that there exists an “immediate threat to his life,” read the statement, which was co-signed by fourteen human rights watchdogs including Amnesty International, Human Rights Watch and Reporters Without Borders.

Huang was imprisoned over a website he founded in 1998 with his then-wife Zeng Li.

64Tianwang was designed to report on missing dissidents and activists in China. The website follows issues that usually go unreported by mainstream media, such as protests, government corruption, police brutality, and the detention of journalists and intellectuals. It was the country’s first human rights monitoring site and it remains blocked in mainland China since 2003.

Huang is being held in Mianyang Detention Centre in southwestern Sichuan province, according to his mother. His lawyer has reported that prosecutors had beaten Huang several times in order to force him to “admit his crimes.

The jailed activist suffers from a chronic kidney disease which requires daily medication, hydrocephalus (accumulation of fluid in the brain), heart disease and other illnesses. At an October 23 meeting with his lawyer, Huang said that Sichuan authorities had purposely tried to cover up the true state of his health.

Huang has been under intense scrutiny by authorities since the website launched two decades ago. He was first imprisoned in 2000 around the 11th anniversary of the 1989 Tiananmen Square protests for posting articles expat dissidents wrote about those protests. Upon his release five years later, he vowed to resume his website.

He was arrested again in 2008 for criticizing the government’s relief efforts after the 7.9-magnitude earthquake in Sichuan in which over 80,000 people lost their lives and some US$130 billion in damages were incurred, one of the largest earthquakes in history in terms of socio-economic losses.

Huang was found guilty on charges of “illegally holding state secrets” in 2008 and served another three years in prison. International human rights groups decried the sentencing as well as his treatment while in prison, where he reported he was interrogated for long hours and deprived of sleep.

In November 2016, Huang found himself at the mercy of authorities once again when he was detained in the city of Mianyang and formally arrested the following month on charges of “illegally providing state secrets to foreign entities.” Police added an additional charge of “leaking state secrets” in October.

A June 20 trial date was suspended without any reason provided. Huang currently has no scheduled trial date.

His 85-year-old mother, Pu Wenqing, who also disappeared mysteriously for a few days in November 2016, has been fighting tirelessly for his release. Last month she petitioned the Supreme People’s Court in Beijing and met with various foreign diplomats to discuss her son’s case, according to Radio Free Asia.

Medical tests conducted in the detention facility three weeks ago found Huang’s blood pressure so high that it qualifies as a “hypertensive crisis,” a condition that could possibly lead to a stroke.

“I don’t want my son to die in prison. I hope the authorities will let him receive medical treatment,” Pu said.