In a recent interview, a Lesotho-based Chinese businessman who also serves as the prime minister’s trade adviser on Asia divulged the deep extent of his ties to Lesotho’s political elite, raising concerns that he may be advancing the interests of the Chinese community at the expense of indigenous people, the Daily Maverick reported last week. 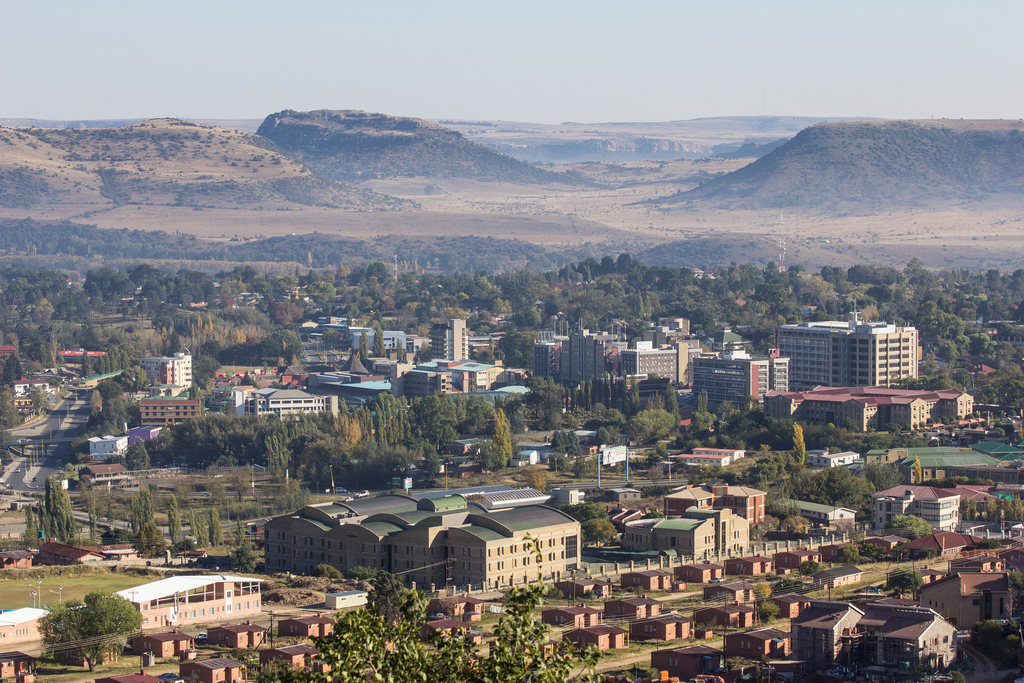 A view of Maseru, the capital city of Lesotho (Photo: Flickr, OER Africa)Yan Xie, a naturalized citizen known universally in Lesotho as “John,” arrived to the small sub-Saharan African country in 1990, and has since built an impressive business empire that includes supermarkets, construction, farming and quarrying.

Prime Minister Tom Thabane appointed him “head of special projects and the prime minister’s special envoy and trade adviser on the China-Asia trade network” on August 14. Xie said he had refused to accept a salary for the job, and that he subsequently transferred some of his company holdings to his wife, Xiaoyi Yao, “because she’s also a businessperson.”

Before and since his appointment, opposition politicians and intellectuals have accused Xie of wielding undue influence in the highest echelons of government and organizing schemes to “capture” the government in a manner similar to the machinations of the powerful Indian-born Gupta family in South Africa.

Mafa Sejanamane, Lesotho’s ambassador to Ethiopia and a representative to the United Nations Economic Commission for Africa (UNECA), is a strong critic of Xie’s.

In a lengthy editorial published by Lesotho’s MNN Center for Investigative Journalism this March, he wrote: “The picture which emerges out of Xie’s dealings is of an extremely devious person whose business modus operandi is one of a corruptor...Xie doesn’t care about those businesses as long as they are a front and a means through which he stays in the front seat for government tenders. He is a ruthless tenderpreneur.

“Xie is probably the biggest corruptor in Lesotho,” Sejanamane concluded.

The businessman is accused of acting as a driving force in the country’s controversial new policy on wool and mohair, two of the biggest national industries. The policy, announced this August, forces all producers to deal exclusively with a Lesotho-registered company run by a Chinese businessman, Guohui “Stone” Shi. Many small farmers are refusing to work with the company.

Critics claim a government ban on red meat imports may also have helped Xie. The aim of the ban, which went into effect in March, was supposedly to bolster local meat production. But the national slaughterhouse is operated by a private company with strong links to Xie.

The businessman has denied allegations of state capture, saying this “was not even his intention.”

Xie has 24 registered companies in Lesotho, but journalists for amaBhungane, a South African investigative journalism group focusing on political corruption, were not able to establish if any of the companies had won government tenders. Lesotho does not have a centralized archive of tender awards.

In the interview with amaBhungane, Xie insisted that Prime Minister Thabane once lived in Xie’s mansion in the wealthy Maseru suburb of Hillsview. He also claimed he partially funded the wedding of the daughter of the previous prime minister, Pakalitha Mosisili, during the latter’s administration, and that he sponsored the birthday party of former deputy prime minister Mothetjoa Metsing.

Metsing’s spokesperson denied the claims, but a representative for the Basotho National Party (BNP) and the current home affairs deputy minister Machesetsa Mofomobe admitted that Xie has funded both himself and other party members.

These claims are nearly impossible to verify, as Lesotho has no provision that forces disclosure of party funding.

Xie and Prime Minister Thabane, however, seem to be on good terms.

The Prime Minister, who previously served in that position from 2012 to 2015, was re-elected in June 2017 when his party, All Basotho Convention (ABC), won 48 out of the 80 directly contested seats in the parliament.

Thabane, 79, was inaugurated on June 16, appointed Xie less than a month later, and the following weekend married his third wife, Maesiah Thabane, 40.

A lavish affair complete with a red carpet, the wedding took place in the Setsoto national soccer stadium in the capital city of Maseru. Some 15,000 people were in attendance, and a senior source in Thabane’s own ABC party said the bride’s designer wedding dress in flowing white and gold could have cost close to US$70,500.

However, that same party source says Xie paid for “almost the entire wedding.”

For his part, Xie doesn’t seem to see the gifts as a problem.

“In our culture we give money to people when we have it. We have a culture of red envelope and white envelope,” he said.

“If you invite us to a wedding or any other feast or party, we come with the red envelope. If it is a funeral, the envelope is white. The envelopes contain money for the people who invited us.”

The businessman was unable to remember how much he had given to the wedding of Mosisili’s daughter and Metsing’s birthday party.

Xie also let Thabane stay at his mansion following the Prime Minister’s return from self-imposed exile in South Africa, where he fled in 2014 after a failed military coup. Thabane, according to Xie, “had nowhere else to stay.” He rented Thabane the home for about $490 per month, well below market rate.

Opposition politicians say Thabane must have been “subsidised by someone or Xie himself,” an allegation the latter denies.

Thabane initially answered the phone when amaBhungane called for comment, but hung up when they identified themselves as media. He rejected their subsequent calls.