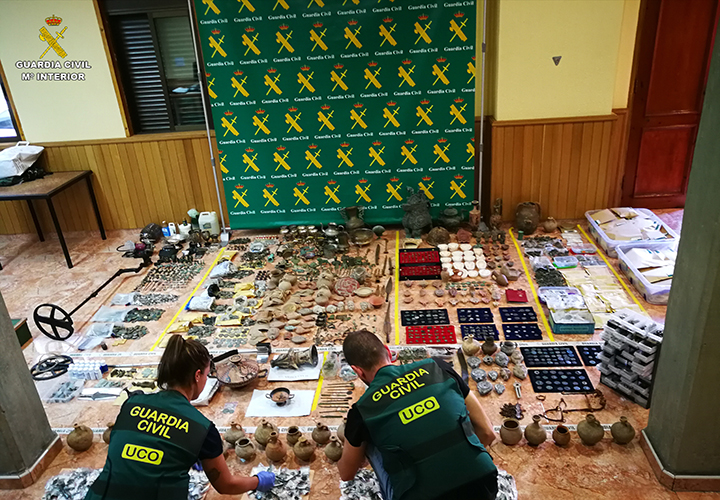 The cultural items, which are sold on popular auction websites, included treasures stolen from archaeological sites in Bulgaria as well as forged goods meant to look like historical discoveries.

The criminal gang had been operating mainly from Spain and illegally excavated and trafficked cultural goods besides manufacturing forged archeological items. They set up fake user profiles on auction websites and overbid on the items among themselves to get a higher price. Nine of the suspects were arrested in Spain and four in Bulgaria.

Police also seized machinery the gang used to create the fake items, such as wedges used to make the forged coins.

Operation Sardica was run by the Spanish Guardia Civil and the Bulgarian Criminal Police with the support of Europol.

“The smooth coordination and exchange of information were instrumental in the success of this investigation,” Europol said in a press release. “Europol brought together the different involved police forces to help them connect the dots between their own national investigations and provided analytical support before and during the action day.”