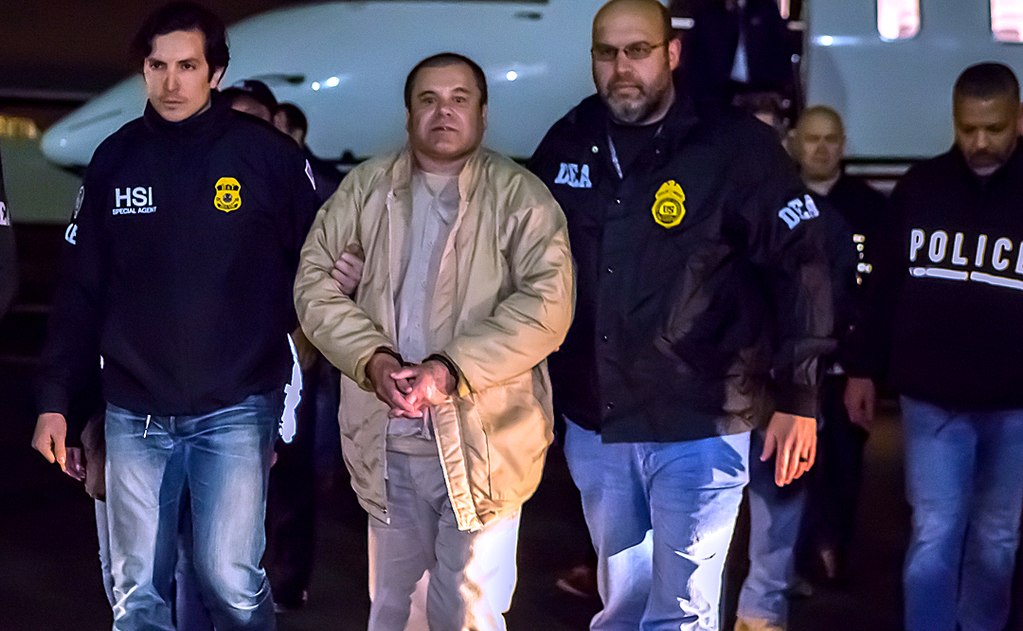 El Chapo in US custody during his extraditionMexico’s anti-cartel strategy to focus on crime group leaders — which receives a lot of support from the US — is not paying off, according to an analysis by InSight Crime released on Wednesday.

“The notion that one man does and controls everything is a fallacy,” said Cecilia Farfan-Mendez from the University of California at San Diego’s Center for US-Mexican studies. “He [El Chapo] wasn’t making all the decisions on how to traffic drugs, how to launder money and how to run the criminal organization on his own.”

The violent crime group has not been affected despite the arrests of some of the cartel’s top leaders and important associates, according to researchers.

After two prison escapes, one of which included an elaborate tunnel system, Mexican authorities arrested Joaquin Archivaldo Guzman Loera for the third and final time in January 2016.

The kingpin was extradited to the US in 2017 and is currently in a maximum security prison in Brooklyn.

The trial against Guzman is scheduled to begin on November 5 in Brooklyn’s federal court. US prosecutors charged him with a 17-count indictment that includes conspiracy to commit murders against people opposing the cartel, heading the crime group from 1989 to 2014, using guns to traffic drugs, and conspiracy to traffic cocaine, heroin, marijuana and methamphetamine.

Prosecutors say the Sinaloa cartel made “more than $14 billion in cash proceeds from narcotics sales throughout the United States and Canada” during Guzman’s leadership.

Guzman’s attorneys say their client only had a middle-management position in the cartel, Vice News reported.

Once El Chapo started running from authorities, Ismael “El Mayo” Zambada Garcia, who lead a faction of the cartel, made sure the cartel still functioned, which he still does to this day.

Initially, the cartel had violent internal conflict over who would be the next leader. Guzman’s sons were fighting it out against his former right-hand Damaso “El Licenciado” Lopez. But the cartel never lost its top position in the Mexican underworld, which is because of the way it is organized, according to Amalia Pulido Gómez, a post-doctoral fellow at the College of Mexico.

“The Sinaloa Cartel is very good in terms of its organizational capacity,” she said. “They have a huge capacity to renew their organization even without El Chapo. They have other regional leaders with the capacity to adapt, reduce uncertainty and solve internal disputes.”

The cartel El Chapo created will not crumble by just taking away its leaders.

“El Chapo created an extraordinary criminal organization that was designed to carry on even in his absence,” said Mike Vigil, the former Chief of International Operations at the Drug Enforcement Administration. “It’s a global organization that operates in more than 40 countries.”