Police arrested on Wednesday a Solomon Islands lawmaker and charged him with corruption for allegedly misusing a shipping grant worth more than US$374,000 to purchase motor powered canoes for his political supporters, Radio New Zealand reported. 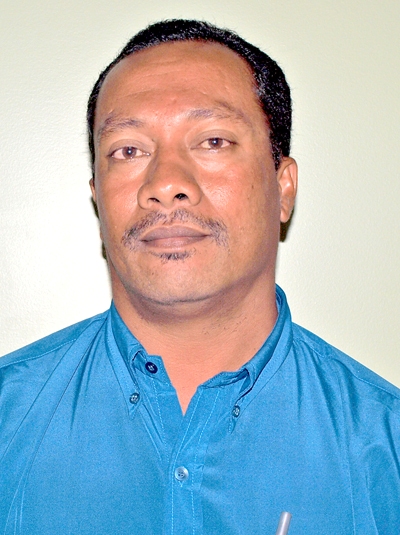 MP Dickson Mua (Photo: National Parliament of Solomon Islands)Dickson Mua, an MP for Savo-Russell, a constituency in Central Province, was charged with one count of conversion and released on bail. He is scheduled to appear in court on Nov 14.

Mua received the shipping grant in 2013, purportedly to buy a ship for his constituency. Prosecutors now allege he never purchased the ship, and instead spent $300,000 of government funds on outboard motor powered canoes and other equipment as gifts for his political supporters. He spent the rest of the funds on expenses unrelated to the purpose of the grant, say prosecutors.

Police commissioner Matthew Varley welcomed the arrest, which he said came after a lengthy and complex investigation.

“The message here is that no one is above the law and the police force will continue to investigate allegations of corruption in Solomon Islands no matter where the cases might lead,” he said.

Mua was elected to Parliament in 2010 as a member of the Ownership, Unity and Responsibility Party (“OUR Party”), defeating a five-term incumbent. OUR Party was launched in 2010 by opposition leader and former prime minister Manasseh Sogavare on promises to increase investment into rural economies and to reinstate traditional public ownership of land, a practice that had been eroded during the colonial era, according to local media.

In 2012, while serving as Forestry Minister, he came under scrutiny for renewing a company’s logging license in a move that opposition leader and former prime minister Derek Sikua characterized as cowing to pressure from the current prime minister.

Later that same year, Mua was accused of releasing public funds to a tourist project run by his wife. He denied any wrongdoing, saying that the allegation that “the projects all went to my relatives and or close friends was not true,” according to the Solomon Star.

A 2017 report by the U4 Anti-Corruption Resource Centre, a research group partnered with Transparency International, states that “corruption is a significant challenge” in the Solomon Islands, where institutional accountability is “weak.”

A clause in the legislation, however, will not allow investigations into events that occurred before the bill was enacted.

This “portrays to the public that legislators have something to hide and that they are protecting themselves from being investigated,” said Transparency International Solomon Islands executive officer Ruth Liloqula.