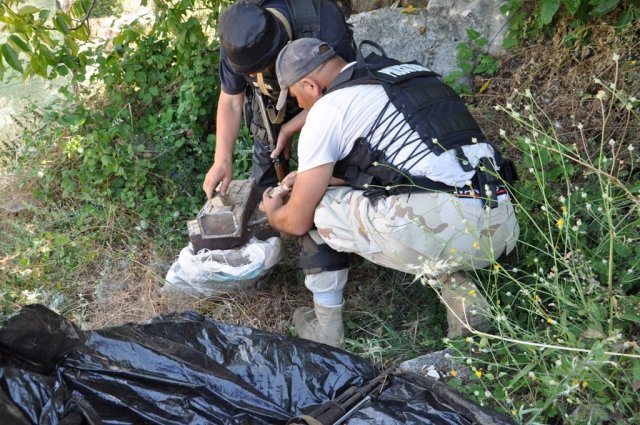 The crackdown comes two weeks after Albania and the EU signed an agreement to strengthen coordination in the fight against organized crime.

European Union Ambassador to Albania Luigi Soreca took to Twitter to praise the operation and said the “fight against organized crime and drug trafficking is a top priority for the EU.”

“Now we expect that prosecutions and convictions would follow for a solid track record,” Soreca added.

As part of the same operation, police seized a heroin lab on Thursday and found 182.5 kg of morphine ready to be turned into heroin. The drugs had come from Turkey via Macedonia and Kosovo, the national police chief said.

On Sunday, police also arrested two former MPs from the Socialist Party as part of their efforts to fight organized crime and corruption.

Arben Cuku was arrested for taking bribes during his time as prisons chief and Arben Ndoka for being part of a criminal group that falsified documents to buy state-owned land in expensive coastal areas.