Hundreds of officers of Italy’s military police force arrested 72 alleged Naples mafia members who are suspected of having sold cocaine all over the Naples area, mainly near churches, schools and arcades, Napoli Today reported on Monday. 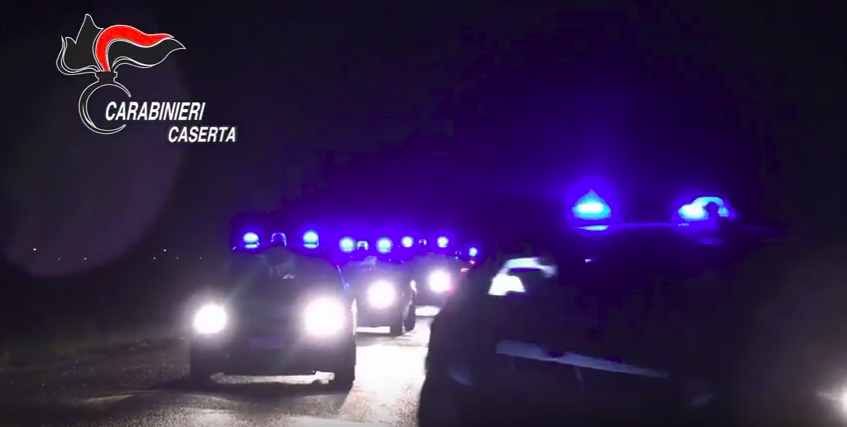 The Carabinieri of Caserta roll out for Operation White Stone (From: Carabinieri)Prosecutors say the suspects belong to various clans of the Napoli-based Camorra and were involved in the production, trafficking, possession and sale of drugs — mostly cocaine and its crystal form crack.

The detention warrants for “Operation Whitestone” were issued by the court of Naples at the request of the local antimafia prosecutor’s office and carried out in Naples and the nearby provinces of Avellino and Caserta.

Following the demise of the Fava clan in 2013, various crime groups from around Naples started taking over drug-dealing areas that were up for grabs.

The investigation into the drug organizations, clans, and subgroups started in February 2015 and took two years to complete, using turncoats, telephone taps and spy cameras.

A central event in the investigation was a “punitive assignment” against one of the suspects who was accused by his associates of having kept a large amount of drugs for himself.

While the retaliation had been planned in full detail, prominent members of the Vollaro clan from Naples’ Vesuvius area intervened and the mafioso was spared.

The wiretapped phone conversations show a complex code language and wide array of nicknames to prevent identification such as “la Signora,” “the Viking,” “the Mexican,” "the Surveyor,” “Diablo” and “Pistola.”

When referring to drugs, the suspects used culinary terms — including Napolitan specialties — such as aperitivo, pastiera, sfogliatelle, oranges and grappa barricata.

In order to request drugs, the dealers would ask to “set the table,” "prepare the crib,” or “put on children’s shoes” and when discussing the quality and quantity of drugs, the mafiosi talked about “10 euro stamps,” the “A series,” “the fireplace being good,” and “how many guests to bring.”