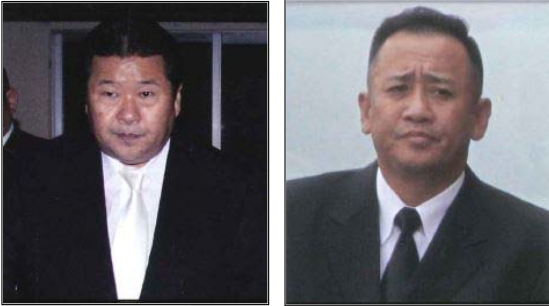 Kobe-based companies Toyo Shinyo Jitsugyo and Yamaki serve as money laundering operations, according to the Treasury.

“Treasury is targeting Yakuza-controlled companies to expose the underlying ownership of these seemingly legitimate companies,” said Sigal Mandelker, the under secretary for terrorism and financial intelligence. “We are ramping up pressure on this dangerous Japanese crime syndicate and local gang leaders who profit from everything from sexual exploitation, to weapons smuggling, and extortion.”

The Treasury motivated its sanctions as an attempt to hurt the Yakuza’s sexual exploitation business.

“With the help of local crime syndicates in East Asia, the Yakuza is known to profit from nearly all aspects of sexual exploitation: sex trafficking, sex tourism, prostitution, and “mail order” marriages,” the Treasury said.

Morio used to be the Yamaguchi-gumi regional boss of the Chugoku Shikoku region. In 2016, he was promoted to Yamaguchi-gumi honbucho, meaning headquarters chief.

Tsuda is the CEO of Yamaki and leader of the Yamaguchi-gumi subsidiary gang Soushin-kai located in Osaka.

Takagi has represented the Yamaguchi-gumi during meetings with other Yakuza groups and is the current leader of the Yamaguchi-gumi subsidiary gang Shimizu-ikka located in Shizuoka. In the early 2000’s, he managed a loan-sharking network of 1,000 shops, making around one billion dollars per year.

He attracted US attention when his faction was caught trying to launder millions of those dollars through Las Vegas casinos.

Mitsuyasu used to lead the Yamaguchi-gumi clan in Fukuoka and is the current advisor of the  subsidiary Izu-gumi group.

Real-estate company Yamaki owns the plot where the Yamaguchi-gumi headquarters are located. It is owned by Morio and Tsuda and all shareholders are Yamaguchi-gumi subsidiary leaders, called jikisans. Besides managing and leasing real estate, Yamaki is also involved in art sales, golf ranges and parking lots.

Toyo Shinyo Jitsugyo manages the Yamaguchi-gumi headquarters as well as other real estate used for the gang’s business activities. The company is owned by Takagi and used to be owned by Mitsuyasu. Like Yamaki, its shares are all owned by Yamaguchi-gumi executive leadership.

The headquarters compound is almost as big as a city block and built to be impenetrable. The Yamaguchi-gumi open the compound on Halloween and New Year to hand out treats to kids and families in an attempt to get along with the surrounding community.