Guatemala’s Former Vice President Roxana Baldetti was sentenced to 15 years in prison for her part in a fraud that saw millions of dollars embezzled from the state budget to “decontaminate” a lake with a fake “cleanup solution,” the BBC reported on Wednesday. 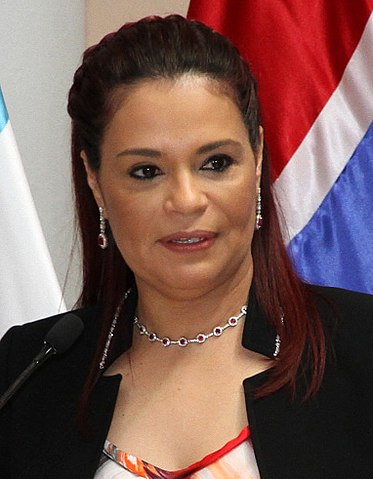 Roxana Baldetti (US Gov)“The fight against corruption and impunity IS possible!” Ivan Velasquez, chief of the International Commission Against Impunity in Guatemala,  wrote on Twitter, greeting the verdict.

The lake, Amatitlan, is in the catchment area of Guatemala City, and supplies water to the city. However, the past decades have seen it increasingly polluted with industrial contaminants and raw sewage.

The court found that Baldetti had allowed her brother, Mario, who had no official post, to negotiate a deal in which the state would pay US$18 million to an Israeli company, M. Tarcic Engineering Ltd., represented by businessman Uri Roitman, to decontaminate the lake.

Though the contract required M. Tarcic Engineering Ltd. to provide 93,000 liters of a special decontaminant, the chemicals that the company actually provided to clean up the lake proved to be mostly just water and salt.

This earned the scandal the name “Magic Waters.”

Baldetti was forced to resign in 2015 over massive protests related to separate corruption cases. She faces more corruption charges and an extradition request from the United States over charges of drug trafficking.

Roitman and several other Guatemalan officials were also sentenced to jail.