Following sanctions the US Treasury imposed in April against Russian Oligarch Oleg Deripaska, authorities have frozen his Upper East Side mansion, occupied by the ex-wife of his business partner Roman Abramovich, the New York Post reported Monday. 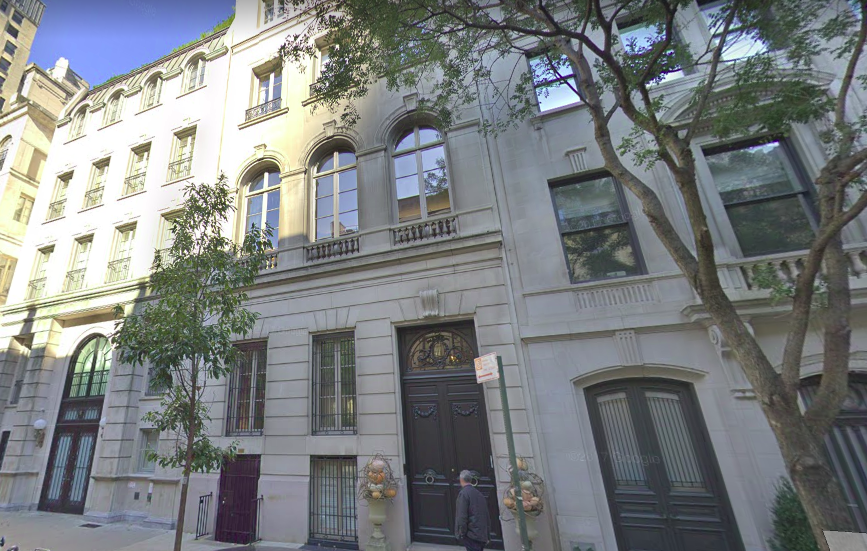 Deripaska's house in Manhattan (Google)Deripaska has lost billions after the US sanctioned him on alleged bribery, money laundering, murder and racketeering charges. The aluminium billionaire is not allowed to travel to the United States and the New York Post found that the sanctions included freezing his real estate in Manhattan and Washington, DC.

Anyone who does business with Deripaska, including transactions related to the frozen properties, risks being sanctioned by the US government themselves.

This might be a problem for Abramovich’s ex-wife Dasha Zhukova, a Russian-American businesswoman, art collector, magazine editor, and philanthropist.

Although Abramovich, an Israeli-Russian oligarch who owns English football club Chelsea, transferred US$92 million worth of property to her in September, Zhukova currently lists her address at Deripaska’s New York mansion. While Zhukova is staying at Deripaska’s house, her own new properties, which together made up the most expensive piece of real estate in Manhattan for September, are being remodeled into a single house.

Zhukova has been friends with Ivanka Trump for over a decade and has invested in an online art discovery platform together with Joshua Kushner, Jared Kushner’s brother.

While they were together, Zhukova and Abramovich travelled with Trump and Kushner to Russia, Croatia, Aspen and New York, according to the New York Post.

The Treasury is also trying to make him give up operations based in Europe.

Besides alleged close ties to Russian organized crime figures and Vladimir Putin, Deripaska also used to employ Paul Manafort, President Trump’s ex-campaign manager who has been convicted of money laundering and is currently cooperating with Robert Mueller on the Russia probe.

Last month, the FBI unsuccessfully tried to get Deripaska to give them information on Russian organized crime.