Two weeks after Meng Hongwei, the president of Interpol, went missing after sending his wife a mysterious knife emoji, Chinese authorities announced that he was being detained and investigated over bribery allegations. 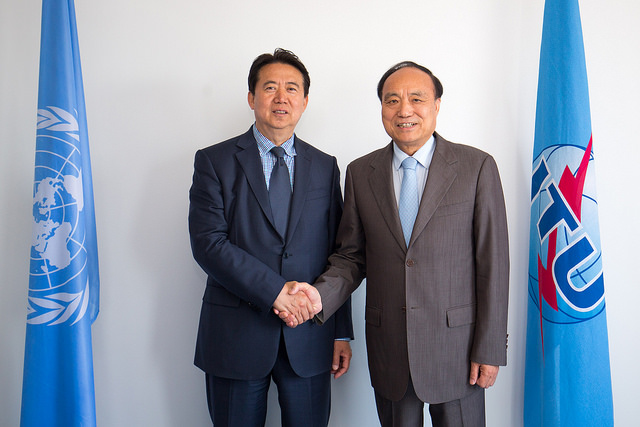 Meng’s investigation comes as a part of anti-corruption drive energetically promoted by Xi Jinping, which has seen hundreds of officials prosecuted across the country.

He disappeared in late September, after leaving Lyon on a trip from France to China. On September 25, he sent his wife, Grace Meng, a knife emoji on WhatsApp, and a message that said, “wait for my call.”

On Sunday, after Chinese authorities said Meng was under investigation, Interpol noted his resignation.

Meng was the first Chinese president of Interpol, elected to the position in November 2016.

A newspaper in China said that his position would "promote understanding abroad of China's justice system.”

He came to power two years after China filed a list of its “100 most wanted” to Interpol in April 2014--a list that includes businessmen and allegedly corrupt former officials living in exile. At least 15 of those people have been returned to China from that list since his election in 2017.

The statement from China’s Public Security Ministry does not list specific bribery charges against Meng, but links his alleged corruption with the former senior leader of China’s Communist Party Zhou Yongkang.

“The perseverance is constant, the corruption is determined, the anti-corruption is firmly adhered to, Zhou Yongkang’s poisonous influence is resolutely thoroughly eliminated, and...clean government is continuously promoted,” it says.

Meng’s wife has denied that her husband and Zhou were ever close, though Meng at one point worked with Zhou.

In 2015, Zhou was netted in the anti-corruption drive, widely seen as a move to consolidate Xi’s power. He was given a life sentence for bribery and abuse of power.