US authorities are investigating Danske Bank for money laundering connected to over US$200 billion that made its way through the bank’s Estonian branch into Europe, said Danske Bank on Thursday. 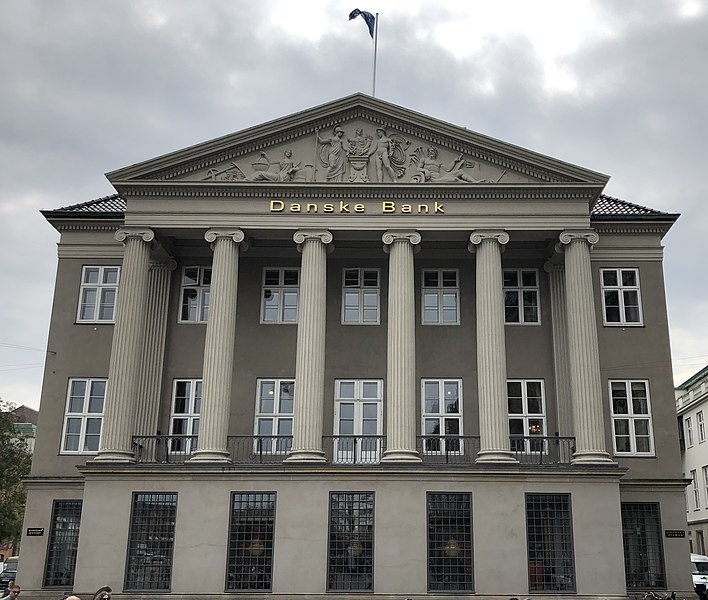 Danske Bank Headquarters in Copenhagen (CC 4.0)“Danske Bank has also now received requests for information from the U.S. Department of Justice (DOJ) in connection with a criminal investigation relating to the bank’s Estonian branch conducted by the DOJ,” the bank said in a statement posted to its website.

“Danske Bank is cooperating with these authorities.”

The bank has also canceled a share buyback program, after Danish authorities ordered it to build up capital to face a potential fine or financial trouble.

The financial scandal surrounding Danske Bank began in 2013, when the head of the bank’s markets in Estonia, Howard Wilkinson, warned the bank’s executive board in Copenhagen about suspicious activities in its Estonian branch.

Those activities involved some $233 billion of Russian money that flowed through the bank’s small Estonian branch between 2007 and 2015. The bank says it suspects that employees of that branch actively helped thousands of clients circumvent money laundering controls.

Meanwhile, the Financial Times reported Friday that an internal Danske Bank memo revealed some of the strategies that could be behind the scandal.

In particular, the memo showed that Danske Bank did up $9.8 billion annually in “mirror trades” for Russian customers. Customers would buy securities in roubles, then sell identical securities in foreign currencies such as dollars.

It’s a red flag for money laundering. The memo estimated that Danske bank made over $11 billion in 2013 from these trades, which were used by Russian customers to make “convenient” international transactions.

“There is potential reputational risk in being seen to be assisting ‘capital flight’ from Russia,” the memo said.

“This is anyway a risk we run in other parts of our non-resident business, where the natural currency flow is always out of Russia.”