Authorities in Turkey detained 216 out of the 417 people prosecutors issued warrants for, charging them with money laundering and financing terrorism, state-run news agency Anadolu Agency said on Tuesday. 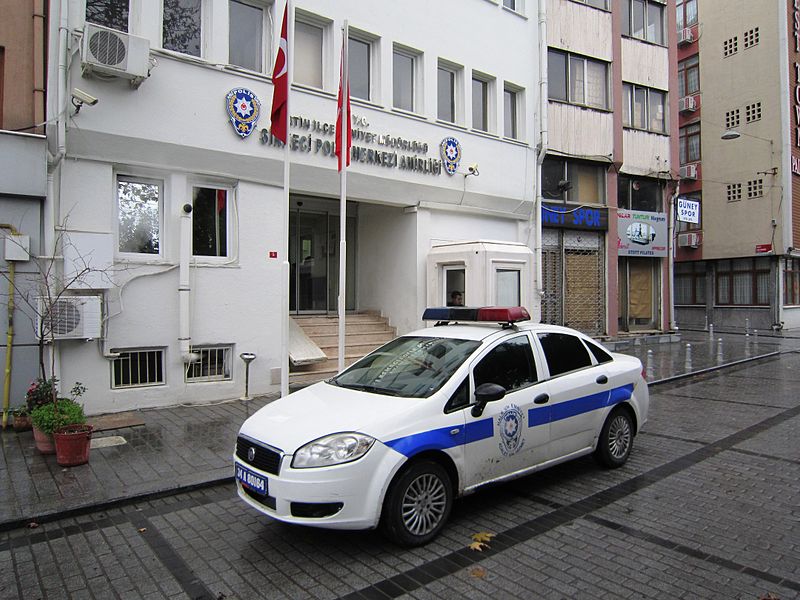 Police car outside of station in Istanbul (Photo: Dickelbers, CC BY-SA 3.0)Since January 2017, the suspects allegedly transferred US$423 million to 28,088 bank accounts around the world, the Associated Press reported. Most of the recipients were Iranians living in the U.S.

According to Al Jazeera, the people involved in the money laundering operation had received a commission for their work.

An unnamed source told Reuters that “the money they send is not their own. They try not to be noticed by always making transfers in small amounts and make profits from this.”

“People who are subject to limitations on transferring money abroad use such a method, getting others to make the transaction in exchange for commission,” they added. “But because the money is again forwarded to unrelated third persons, it violates anti-money laundering regulations.”

The Financial Investigation Board and anti-financial crimes units were behind the operation, the Turkish state-news agency said. Those detained are also being investigated for organizing a criminal gang.

Authorities declined to comment on specifics of the investigation, according to Reuters.

Tuesday’s operation was directed at people who “targeted the economic and financial security of the Turkish Republic,” chief prosecutor’s office in Istanbul said, according to the outlet.

Because of the current currency crisis Turkey is facing, shifting money out of the country has become somewhat politically charged.

“We will not forgive those who resort to smuggling money abroad if it is not to grow, develop and spread their business, trade, and investments,” Erdogan said in a speech to business leaders in April, Reuters reported.

The investigation and arrests come as the U.S. government begins to reimpose sanctions on Iran, following the U.S. administration’s withdrawal of a 2015 deal that agreed to increase Iran’s use of the international market in exchange for limiting its nuclear program.

The relationship between the U.S. and Turkey has continued to cool in recent months. This has contributed to the decreased value of the Turkish lira by 40 percent to the dollar.

Earlier this year, a federal jury in Manhattan convicted Turkish banker, Mehmet Hakan Atilla, of helping Iran violate U.S. sanctions by making its international transactions look as if they would be payments for food. Billions of dollars were transferred.

An Iranian-Turkish trader by the name of Reza Zarrab, the Agence France-Presse reports, told U.S. authorities that Turkish leadership was allegedly involved in Atilla’s operation.

Zarrab pleaded guilty in 2017 on U.S. charges of conspiracy to violate U.S. sanctions against Iran, bank fraud, and money laundering.