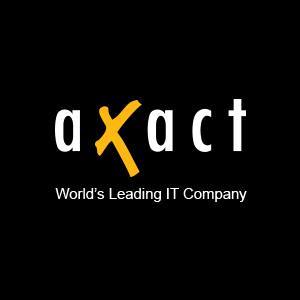 Axact's company logo (Photo: Facebook)Shoaib Shaikh, the head of the fake software firm and the major culprit in this case, was convicted with 22 others and sentenced to 20 years in jail by an Islamabad court in July, but subsequently escaped. He was also convicted and sentenced under other charges, and fined millions of rupees.

The Federal Investigation Agency (FIA) arrested him two and a half months after his conviction.

A FIA official investigating the scam confirmed to the OCCRP that “We have arrested Mr. Shaikh on Tuesday over fake degrees scandal and shifted him to Adiala jail in Rawalpindi.”

“The Supreme Court has been informed about his arrest,” the FIA official added.

A close friend of the Axact CEO, Nigel Brian Rabellow, was also arrested at New Islamabad Airport. He is wanted by the FIA in two cases including the Axact fake degree mill.

The bogus degrees scandal entered into the spotlight after a 2015 New York Times investigation exposed Axact’s global network of fake online universities that scammed customers and brought in tens of millions of dollars a year in revenue.

Soon after the The New York Times story was published, Pakistan officials asked U.S. authorities to help probe the Axact firm, which had earned millions of dollars through fraud.

In August 2017 a U.S. district court sentenced Axact’s vice president, Umair Hamid, to 21 months in prison for his role in the international diploma mill scheme.

This is the one of the biggest fraud scam and the victims are people mostly from outside of Pakistan, primarily from Middle East, Europe and America,” a government official told OCCRP.

Shaikh is known for making extravagant claims about his company, even expressing an ambition to be richer than Bill Gates. He said he would give free education and healthcare to the people of Pakistan by 2019.

Earlier this year the BBC reported that more than 3,000 fake Axact degrees were purchased by UK nationals in 2013 and 2014. One British buyer spent approximately $650,000 on a fake degree.