US Sentences Bankrate’s CFO to 10 Years for Securities Fraud

A Florida court sentenced the former chief financial officer of Bankrate Inc. to ten years behind bars for orchestrating an accounting and securities fraud scheme that caused more than US$25 million in shareholder losses, the U.S Department of Justice announced Tuesday. 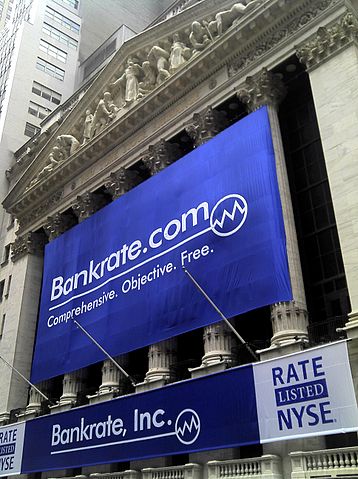 The New York Stock Exchange on the day Bankrate.com was listed in 2011 (Photo: Wikipedia, CC BY 3.0)Edward DiMaria admitted to directing a scheme to artificially inflate the financial services and marketing company’s earnings through “cookie jar” or “cushion” accounting, a practice in which a company keeps a large quantity of reserves from an economically successful year on its books to boost its earnings results while incurring them against losses during weaker quarters.

“While serving as Bankrate’s CFO, Edward DiMaria blatantly manipulated the company’s publicly reported financial statements by repeatedly lying and directing others to lie to auditors, regulators, and shareholders,” said Assistant Attorney General Brian A. Benczkowski in the statement.

DiMaria pleaded guilty in June to one count of conspiracy to make false statements to the company’s accountants, falsify the company’s books, records and accounts, and commit securities fraud, as well as one count of making false statements to the Securities and Exchange Commission (SEC). Bankrate paid $15 million in a 2015 settlement with the SEC.  Bankrate was acquired last year by Red Ventures.

DiMaria, 53, of Fairfield County, Connecticut, also received three years of supervised release and was ordered to pay restitution in the amount of $21.2 million.