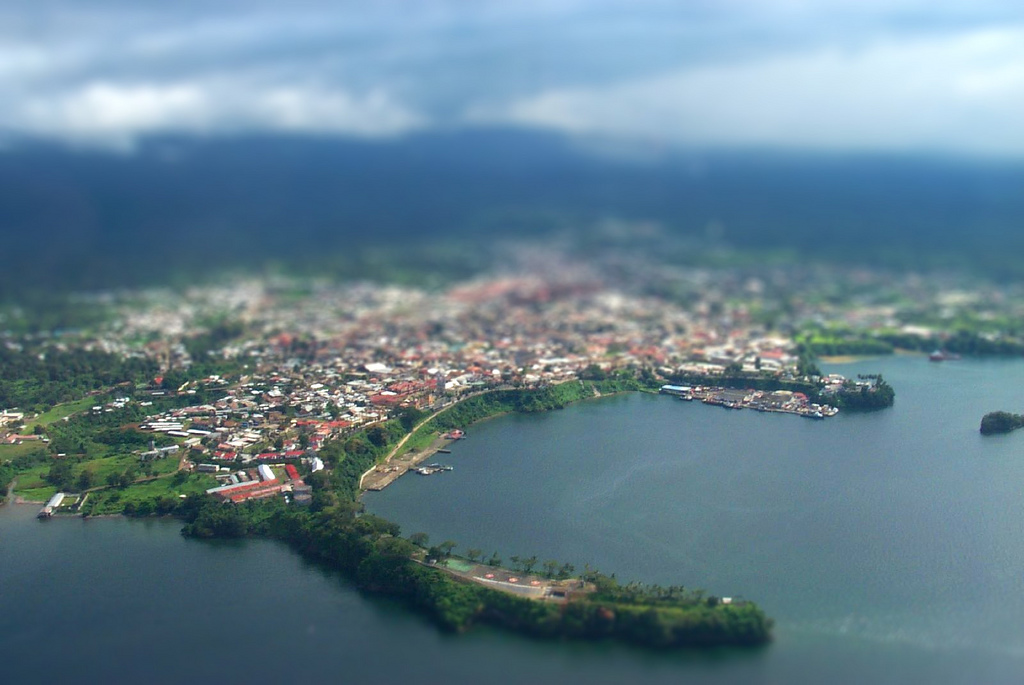 The harbor of Malabo, the capital of Equatorial Guinea (Photo: Flickr)Obiang, nicknamed Teodorin, is the son of his country’s current president, Teodoro Obiang Nguema Mbasogo, the second longest-serving non-royal national leader in the world, who has led his country since 1979.

The small nation of Equatorial Guinea, halfway down the west coast of Africa, is rich in oil and other natural resources, but has long been wracked by corruption, embezzlement and money laundering scandals. President Obiang seized power from his uncle in a bloody coup d'etat and has ruled the country with an iron fist ever since, squashing oppositional voices and allegedly embezzling millions.

Although Equatorial Guinea has the highest GDP per capita of any African nation, it ranks 171st out of 180 countries on Transparency International’s 2017 Corruption Perceptions Index. The country received a score of 17 out of 100, with 0 being the most corrupt. About 76 percent of the country’s 1.2 million inhabitants live in poverty.

Teodorin, the heir apparent to this struggling nation, landed at the Viracopos International Airport near Sao Paulo in his private plane around 9:45am on Friday. Although Teodorin himself was not screened by security personnel, members of his staff were, which was when the cash and watches were discovered.

The vice president was in Brazil on a private trip, the Brazilian ambassador to Equatorial Guinea, Evalde Freire, told TVGE on Monday.

The seizure was confirmed by the first secretary of the Embassy, Lemenio Akuben, who was with Teodorin at the time.

Akuben told O Estado de S. Paulo that Teodorin planned to use the sum to pay for medical treatment in Sao Paulo, as well as for accomodation in a luxury hotel. He also needed the cash for an upcoming business trip to Singapore.

Akuben said the vice president was initially welcomed at the airport, but the delegation was later “practically assaulted” and ordered to turn over their suitcases for inspection.

Teodorin has long had a reputation as a somewhat of a playboy, spending money all across the world on houses, luxury cars, and watches. About 20 watches were seized on Friday, all them engraved with his initials and for “personal use.”

Allegations of corruption against Teodorin stretch back years. In 2012, French authorities seized his $117 million (€107 million) six-storey mansion near the Champs-Elysees in Paris, which boasted a hammam, disco, gym, hair-dressing studio, gold-plated taps and hundreds of artworks.

He was then indicted in France on several counts of corruption and money laundering and tried in absentia. In October 2017, he was convicted and handed a three-year suspended sentence.

Will Bourdon, a lawyer for Transparency International, called the verdict “the beginning of the end for this rule of impunity and immunity that these kleptocrats imagined was eternal,” The Telegraph reported.

Now, nearly a year after his conviction, Teodorin seems to have stuck to his ways.

Equatorial Guinea retaliated on Monday against the seizure. Its Brazilian embassy said that the vice president had received diplomatic authorization for his visit and that the illegal search thus violation diplomatic norms. It said it would submit a formal complaint.

“This approach of gross violation of international diplomatic practice had no other goal than to create a totally gratuitous embarrassment for the vice president of Equatorial Guinea and the country he represents,” the statement read.

Teodorin left the airport for Sao Paulo via helicopter soon after the seizure, but his delegation remained detained.