The UK joined Finland, Sweden, Ireland, and UNICEF this week in suspending all social welfare aid to Zambia after allegations of widespread fraud and corruption surfaced. 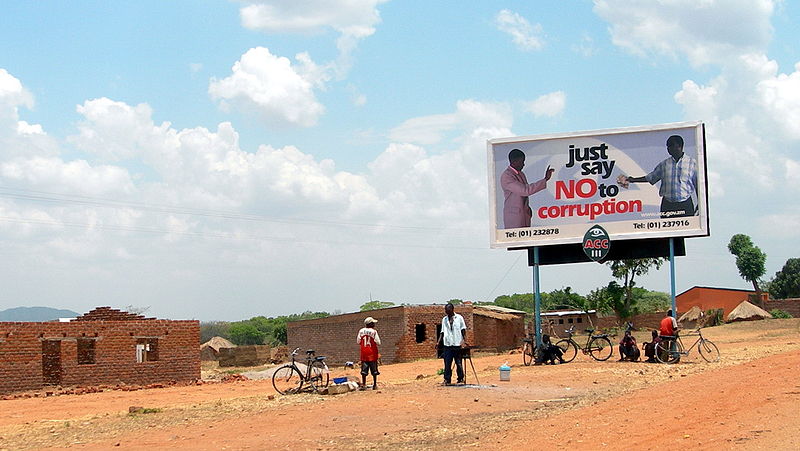 “Correct that UK frozen all bilateral funding to Zambian government in light of potential concerns until audit results known,” he wrote. “UK Aid takes zero-tolerance approach to fraud and corruption.”

Britain’s move followed the publication of a dossier by the London-based newsletter Africa Confidential on Tuesday that alleged US$4.7 million in aid funds were embezzled in a fraud scheme stretching back to 2012.

The funds had gone missing from the Social Cash Transfer programme, which gives money directly to the country’s poorest.

More than 50 percent of Zambia’s 17 million people live below the poverty line, according to the most recent data from the World Bank.

The Africa Confidential report alleges funds were used instead to buy expensive vehicles. Additionally, it cites a report by Zambia’s auditor general suggesting officials in the ministry of education established shell companies to divert the aid money.

The UK’s Department for International Development (DFID) had allocated $63.1 million in aid for Zambia in the 2017-2018 fiscal year, according to a report published on its website.

An inquiry ordered four months ago by Zambia’s President Edgar Lungu had uncovered the “misappropriation” of the funds, his spokesman Amos Chanda told BBC Focus on Africa.

Lungu’s administration has been rocked by numerous graft allegations since he took office in 2015.

In a statement released on Tuesday, Lungu said the investigation was not progressing swiftly enough and gave the secretary a new deadline of one week to share findings.

“I want a speedy and decisive investigation into the matter to establish the status of the disbursement of the Social Cash Transfer programme. Wherever cases of abuse requiring criminal investigations may arise, such cases must be reported to relevant agencies and where administrative action is required I want to see prompt action taken,” he said in an article shared on Facebook by the State House Press Office.

The UK’s aid suspension will continue until the investigation concludes, according to The Guardian.

Zambia received a score of 37 in Transparency International’s 2017 Corruption Perceptions Index, with 0 being the most corrupt. The average score in sub-Saharan Africa was 32.