Man Pleads Guilty to Trafficking Minors to Work on US Farms

A man alleged to have participated in a human trafficking operation that saw minors from Guatemala transported to Ohio and forced into labor on an egg farm pled guilty to his ties with the operation on Monday. 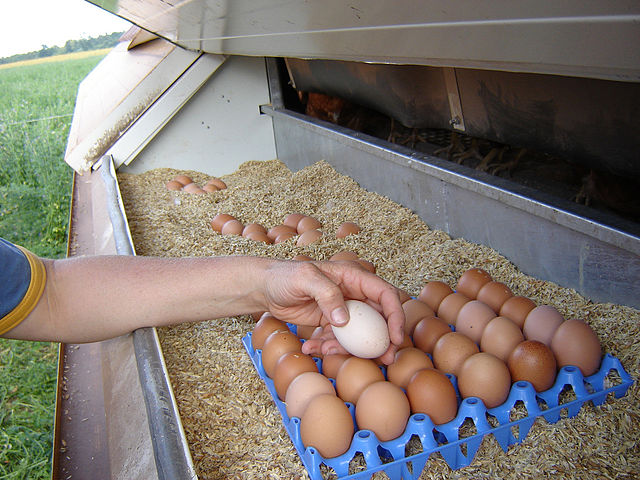 Workers collect eggs on an organic farm (CC 2.0)“This defendant profited off the desperation of children and their parents and other relatives,” said Justin Herdman, US attorney for the Northern District of Ohio.

“He knew some of the workers he delivered to Trillium Farms were underage, in the country illegally and were threatened or coerced,” he said.

Pablo Ramirez, 50, owned Haba Corporate Services, a for-profit business incorporated in Ohio. He contracted to provide labor to Trillium Farms, which describes itself as “one of the nation’s leading egg providers.”

Trillium’s website advertises its “outstanding care of our flocks of egg-laying hens and pullets,” and its commitment to being “good neighbors” in its community.

The press release from the US Justice Department, however, says that the laborers Trillium contracted from Haba were as young as 14 or 15 years old. They were recruited from Guatemala with promises they’d be allowed to attend school in the US.

Once they were smuggled into the US, the laborers were kept in a trailer park in Marion, Ohio, where they lived in rundown trailers and worked at Trillium for up to 12 hours a day. They were threatened with violence and their paychecks were withheld if they didn’t work.

Eight of the workers Ramirez smuggled were minors.

Three other defendants have pleaded guilty for their role in the scheme. Ramirez faces up to 10 years in prison, and will be sentenced in January 2019.