The former New England Mafia boss Francis “Cadillac Frank” Salemme and his accomplice received life sentences for the 1993 murder of a nightclub owner and federal witness, Steven DiSarro, the Department of Justice said on Thursday. 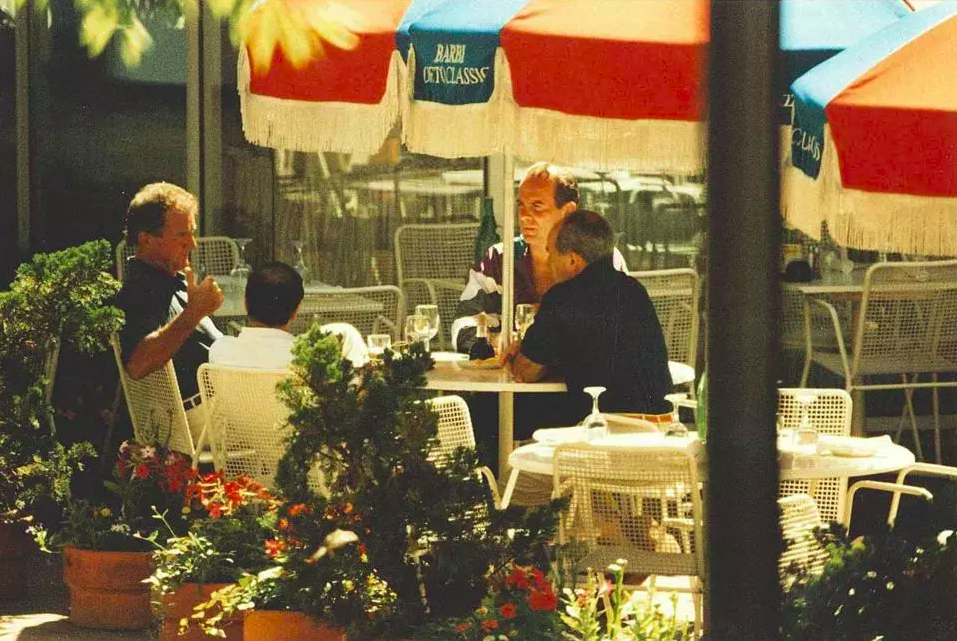 L-R: Francis "Cadillac Frank" Salemme, Stephen Flemmi, Francis Salemme Jr and Luigi Manocchio in a 1993 US government surveillance photograph (Photo: US Attorney's Office)The ex-Don was without remorse as he exited the courtroom, insisting that the “real story” would come out one day, the Associated Press reported.

Salemme, 85, was the head of the New England La Cosa Nostra (NELCN) in the early 1990’s and was convicted of DiSarro’s murder in June along with his associate Paul Weadick, 63, who also received a mandatory life sentence on Thursday.

At the time of the 1993 murder, DiSarro was the owner of a nightclub called “The Channel” in South Boston. Salemme and his son, Francis Jr., also known as “Frankie Boy,” had invested in the business.

DiSarro, a 43-year-old father of five, was a witness in a federal case against the Salemme family when the elder Salemme ordered his death.

Cadillac Frank stood by and watched as Weadick and Francis Jr. strangled DiSarro in cold blood. He then ordered the body to be transported to Providence, R.I., where it was found in 2016 buried behind a mill.

“While there is closure in this case, for me the healing is just beginning,” DiSarro’s daughter, Colby, told the court, according to the AP. “This is not a movie. This is and has been our life: the story of a family who was robbed of the love and affection of their father.”

Salemme, now a frail, elderly man with slicked-back grey hair, called the proceedings “ridiculous” as he rose, clad in an orange jumpsuit, from his chair before his sentence was announced. The DiSarro family, he said, has not been told the truth, but “it will come out in time.”

Both Salemme and Weadick still deny any involvement in the murder.

In 1999 Salemme was convicted of racketeering and in 2004 he was kicked out of witness protection and convicted of obstruction of justice after lying to authorities about DiSarrio’s murder. Francis Jr. died in 1995.

The ex-Boss was living in Atlanta under the name Richard Parker in 2016 when the FBI received a tip that DiSarro’s remains were buried near the mill in Providence. Salemme had been put back under government protection.

“This man is ruthless, barbaric and he is an individual who richly deserves to spend the rest of his life in prison,” longtime federal prosecutor Fred Wyshak said according to the AP.

While organized crime in the twenty-first century has evolved from nightclub shootouts and assassination attempts - Salemme survived one outside an International House of Pancakes in 1989 - groups like NELCN still wreak havoc and spill blood across the region.

New England organized crime is “in a continuous state of uncertainty and disarray because of so many leadership changes,” Brendan Doherty, the former superintendent of the Rhode Island State Police told the New York Times during Salemme’s trial this May.