Want to know if a politician is corrupt? Look at his face. 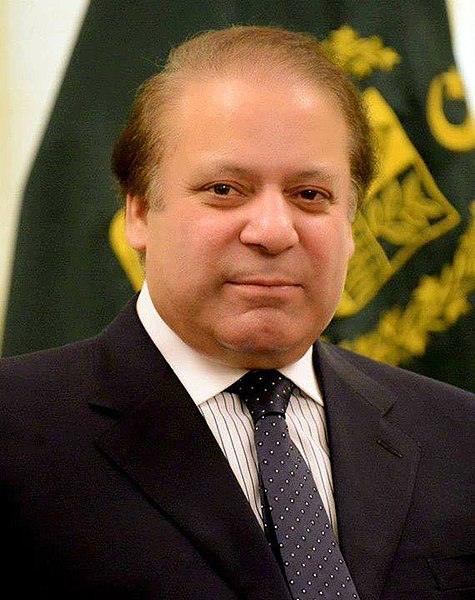 Former Prime Minister of Pakistan Nawaz Sharif was convicted of corruption in July 2018 (Photo: Z A Balti, Facebook)At least, so says a new study published Wednesday by researchers at the California Institute of Technology (Caltech) in the journal Psychological Science. The study only looked at white male politicians.

According to the website Science Daily, people who are shown photographs of politicians they have not previously seen are able to make “better-than-chance” judgements about whether those politicians have been convicted of corruption.

The premise behind the study - that it’s all in a face - may seem bizarre, but Chujun Lin, a co-author of the study and Caltech graduate student, begs to differ. “There is no doubt that people form first impressions from faces all the time. For example, on dating sites people often reject potential matches based on pictures without reading the profile.”

The trick, apparently, is to look at the width - technically, the width-to-height ratio - of the politician’s face. A previous study conducted at Brock University in Canada involving hockey players found that face width in men is correlated with aggressive behavior. Testosterone, a hormone associated with aggression, can affect many physical features in men, such as finger length and face width.

With nearly 70 percent accuracy, participants were able to discern which politicians were corrupt and which were not.

Similar rates of accuracy were recorded for politicians elected to state and local offices.

Another part of the study sought to determine whether face width was key in establishing a politician’s guilt. Researchers digitally manipulated 150 politicians’ photographs and showed the 450 resulting images, including the original 150, to participants who were asked to rate the officials’ perceived corruption. The wide-faced versions were thought to be more corrupt than the thinner-faced versions.

The Caltech researchers aren’t saying, however, that a wide face condemns a politician to a life of crime.

They do think it’s possible that politicians who look more corrupt may be offered bribes more often. Another possibility is that corrupt-looking officials may be investigated, tried, and convicted at higher rates because of their appearance.

The 2016 election of US President Donald J. Trump seems to have prompted a change in US attitudes towards corruption. Transparency International’s 2017 US Corruption Barometer revealed that 44 percent of Americans believe corruption to be rampant in the White House, up from 36 percent in 2016, and almost 7 in 10 believe the government is not doing enough to fight corruption, up from 5 in 10 in 2016.