Twenty traffic cops from various districts in the South African province of Limpopo were charged this week for corruption, theft and “defeating the ends of justice,” the Citizen, a South African tabloid, reports. 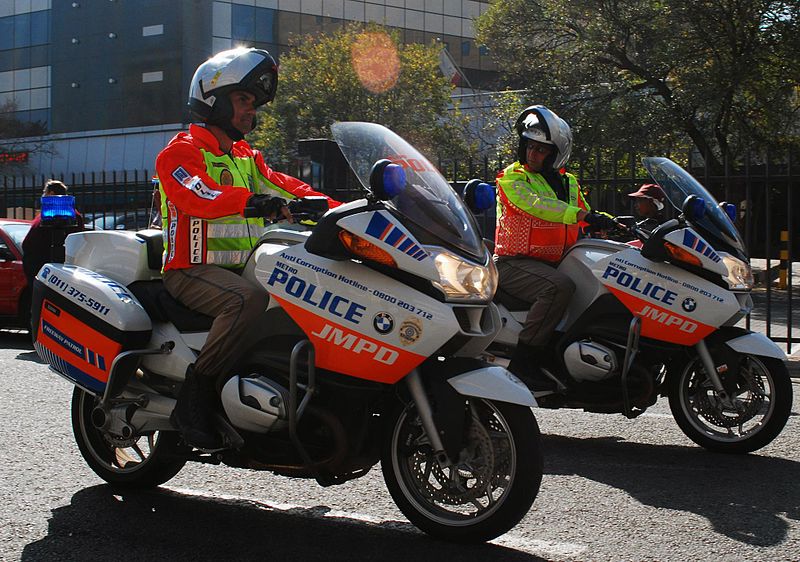 The anti-corruption unit of the Road Traffic Management Corporation (RMTC) and the Directorate of Priority Crime Investigations, known as the Hawks, arrested the officials, who began appearing in court on Monday.

Limpopo is no stranger to corrupt traffic cops. Independent Online (IOL) reported 17 officials were arrested in the Tzaneen area in December 2017 after an 18-month undercover investigation conducted by the RMTC and the Hawks.

One officer, Zahid Bhayat, was arrested by the Hawks last year for allegedly soliciting bribes from motorists travelling between Klerksdorp and Potchefstroom on the N12 highway. He was supposedly trying to earn extra cash for the holidays.

Lucky Menoe is the deputy director of the Johannesburg-based NGO Corruption Watch, which was founded in January 2012. Since then, 22 percent of cases reported by whistleblowers from Limpopo have involved bribery allegations against police and officials with the Department of Home Affairs (which handles citizen IDs, among other matters), Menoe said.

A 2015 study conducted by the Ethics Institute of SA polled 6,380 people in urban areas in Limpopo, Gauteng, KwaZulu-Natal and the Western Cape, and found that 78 percent of respondents believed it is impossible to “get through life” without paying a bribe.

Almost twice as many people were approached for a bribe in Limpopo (48 percent), compared to those in the Western Cape (19 percent), KwaZulu-Natal (26 percent) and Gauteng (25 percent).

The leading cause of bribery was traffic violations (34 percent), followed by obtaining a job (17 percent). The majority of those polled either knew of someone or had themselves paid bribes to get a job in the mining sector, as police officers, or as teachers and nurses.

Such reports have been on the rise, Menoe said; in the first half of 2017, complaints were up by 123 percent, compared to half-year reports of the previous four years.

Watchdogs say similar corruption and mismanagement exists in the province’s healthcare sector. Bhekisisa, an online portal focusing on health journalism, reported last week that nearly 40 percent of Limpopo’s ambulances are not in working order. There are just 233 vehicles operating in a province of 5.8 million – or one ambulance for roughly every 25,000 people – according to the Treatment Action Campaign (TAC), a lobbying group.

Patients say they must make out-of-pocket payments for ambulances that often take hours to arrive, or rely on neighbors to transport them to hospitals in private cars.

A May 2018 report by TAC blamed an alleged hiring freeze in the Limpopo health department, a shortage of operating rooms at Pietersburg Provincial Hospital and unpaid overtime for prompting medical personnel to take jobs in private hospitals.

Just half of emergency medical service positions are filled, and earlier this year Bhekisisa found there were no radiation oncologists left in the province.

The Limpopo Department of Health this year began training five additional people in emergency medical assistance, but the TAC’s provincial manager, Moses Makhomisani, says this is not enough, calling the low number of trainees “very worrying.”

In August 2015, the paper reported that the provincial health department had illegally awarded a tender to Mphefhedzi Business Enterprises for laundry services in 22 of the 41 hospitals in the province. An evaluative inspection report revealed the company was not qualified to do the work.

Amidst the tender controversy, the health department failed to place nurses in a state-mandated community service program that candidates must complete before registering to practice in the country. In February of this year, nurses took to the streets to protest.

Limpopo Department of Health spokesperson Thabiso Teffo blames the delays in the required community service program on problems with the payroll system. But a 2016 provincial Cabinet decision now requires treasury approval for all appointments across all departments, a measure aimed at tightening budgets and reducing costs. Teffo says that the provincial treasury has yet to approve some community service and internship positions.