Two managers of a Hawaiian fishing vessel are facing civil charges after they allegedly transferred the vessel to another company to avoid paying fines for water pollution, the US Department of Justice (DOJ) announced Friday. 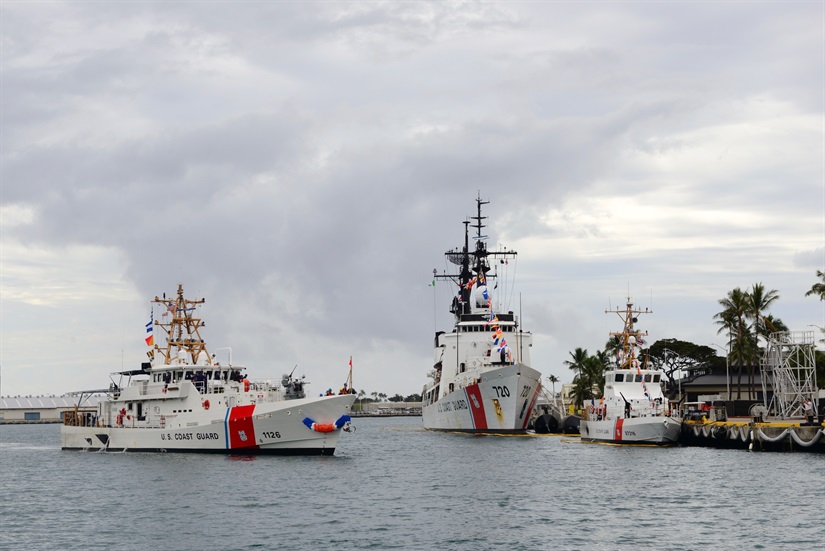 Coast Guards in Honolulu (Photo: U.S. Department of Defense)Lawyers for the DOJ  filed a civil enforcement action against Hanh Nguyen and Khang Dang, managers of the Azure Fishery LLC, alleging that they had violated the Clean Water Act and deliberately bankrupted the company to avoid potential fines.

The complaint alleges that in March of 2017, the US Coast Guard discovered “willful discharges” of oil, including oily bilge water, from the commercial fishing vessel Jaxon T, now known as the St. Joseph, into the ocean off Hawaii.  It further alleges violations of the Coast Guard’s spill prevention and pollution control regulations, including failure to provide sufficient capacity to retain all oily mixtures on board.

The complaint claims that Nguyen and Dang fraudulently transferred the vessel to its current owner, Linh Fishery LLC, shortly after the Coast Guard discovered the violations.

Because the sale of the vessel and distribution of the proceeds to company members rendered Azure Fishery insolvent, and thus unable to pay a civil penalty, the complaint seeks recovery of the value of the vessel from the beneficiaries of the transfer: Linh Fishery LLC, Hanh Nguyen, Khang Dang, and a third defendant, Tuan Ngog Hoang.

Hanh Nguyen and Khang Dang have agreed to pay $475,000 in civil penalties and reimbursements. Nguyen and Dang will each pay $211,000 for the Clean Water Act penalty claims against them and will jointly pay an additional $53,000 for their share of the fraudulent transfer claim.